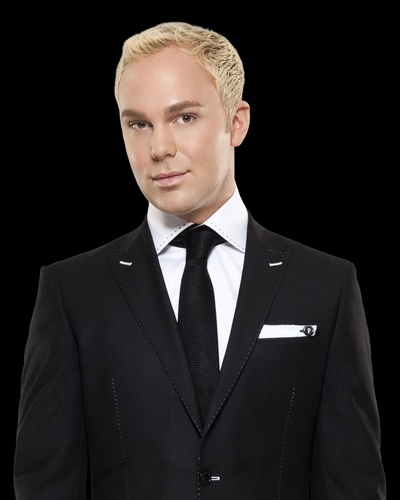 While we’re in the throws of the premier season of “The A-List: Dallas,” Mondays at 10pm ET/9pm CT, I wanted to check in back with some of the boys from “The A-List: New York.”  I think it’s due time to see what they’ve been up to now that the cameras have been turned off and Wendy Williams has had her way with them on the unprecedented two episode after show that aired on Logo.  So far, I’ve been able to chat it up with Ryan Nickulas, TJ Kelly, and Reichen Lehmkuhl.  This trio will be embarking on a nationwide tour in January and February 2012 alongside Chase Hutchinson, Levi Crocker, Ashley Kelly, and James Doyle from “The A-List: Dallas.”  Additional cast members may be added so head over to Only Matt Martin PR for tour dates, locations, and more as the details get finalized.

First in the Ifelicious hot seat was Ryan Nickulas.  By the end of season 2, Ryan had gotten himself caught up in playing for both teams- and I’m not talking about his sexuality.  Ryan has the tendency to team whoever he’s speaking to at the moment when offering advice which is tough to do when cast members are fighting.  It’s also a quality that serves him well as the owner of an high end boutique hair salon, Ryan Darius Salon, in Manhattan.  C’mon, ladies!  We all love our hairstylists who engage us as we vent and gossip about this and that.

Ryan and I talked about his relationship with his mother recently who passed away after a long battle with lung cancer, his relationships with TJ and husband Desmond Smith (yes, that includes an update on baby news), and “The A-List: Dallas.”  True to my writing style, this interview is a little longer by design, but I wanted to give you as much Ryan as I could since he doesn’t offer up much about his personal life on “The A-List: New York.”

Momma Nickulas and Becoming a Parent 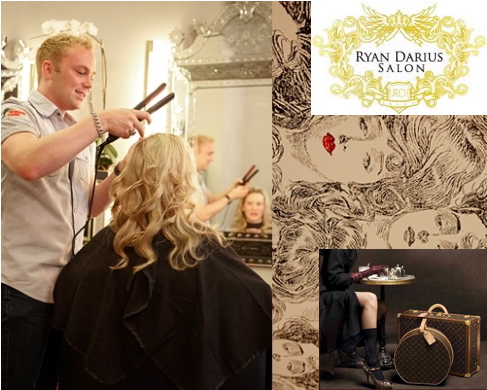 Ifelicious:  Your mother passed away this summer.  How have you and your family been doing?

Ryan:  We’ve been doing really well, as good as can be expected…It was really tough to film this show this summer and to go back and forth [to visit her].

Ifelicious:  Did you have a good relationship with your mother?

Ryan:  Oh my goodness, yes!  We’re like two peas in a pod…I’m a good blend of both of my parents.  I think I have the best traits of both.

Ifelicious:  What about your mother do you see in yourself?

Ryan:  A lot of my taste, and a lot of my eye for interior design and beauty and art.  My mother could decorate a house faster than anyone.  My dad was a developer, so I’ve lived in 19 homes…My mother would decorate the house so beautiful that they would sell the first week we would put the homes on the market…She was such a great homemaker and mom that I know, I don’t want to jump the gun on this, but when I do become a father, I know that a lot of the way I keep my house will be just like my mom.

Ifelicious:  Awe, that’s sweet.  Well, I guess we might as well go there now.  What’s the latest?  I know you and Desmond chose surrogacy to have your child.

Ryan:  Now that the cat’s out of the bag [about my mother’s passing], I struggled with a lot of stuff personally.  Not professionally because, thank God I, love what I do.  Thank God that doing hair takes me to a beautiful place and fulfills me, but it’s been tough, and I put the surrogacy on a brief hold because I really wanted to mourn…[Having a child] is such a joyful time and such a journey to start together…Right now, I’m just starting to have my two feet on the ground where I feel like I’m not saddened every day by her loss.

Ifelicious:  Would you ever be a stay-at-home dad?

Ryan:  Absolutely, if that’s what’s necessary.  I mean, I may work one or two days just to have a place to go and get dressed up and talk to adults.

Ryan:  That ties back with my mom.  My mom always carried a Louis Vuitton bag, and it was always a big deal when she got a new one for her birthday or for Christmas.  I collect a lot of vintage.  In my salon, there’s vintage trunks.  I have vintage picture frames and quite a few bags myself, and it all stems from my mother and the joy that Louis Vuitton brought her. 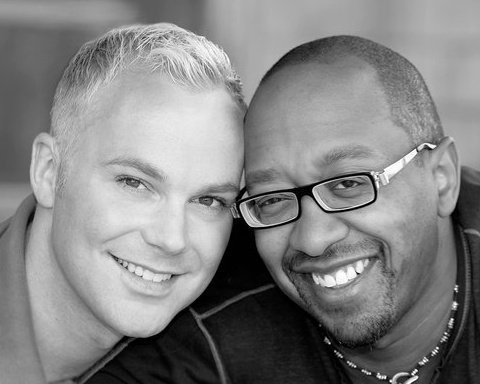 Ifelicious:  Was Desmond the first black guy you ever dated?

Ryan:  Ryan’s always had a flare for chocolate.

Ryan:  I love anybody with a tan.

Ifelicious:  I know you’ve made a conscious decision not to have Desmond on the show.  Was that driven more by you or him or an equal thing?

Ifelicious:  With that in mind, what’s a typical weeknight for the two of you?

Ryan:  We both work a lot…He’ll come pick me up from work, and we will go usually and have dinner together, and we’ll walk home.  Over dinner and our long walk home, we’ll debrief and get back into our zone.  Then, we come home to our two children, the pugs Alexander and Neo, curl up into bed, get the TiVo going.  We’re very much a classic, easy breezy couple that just enjoys each other. 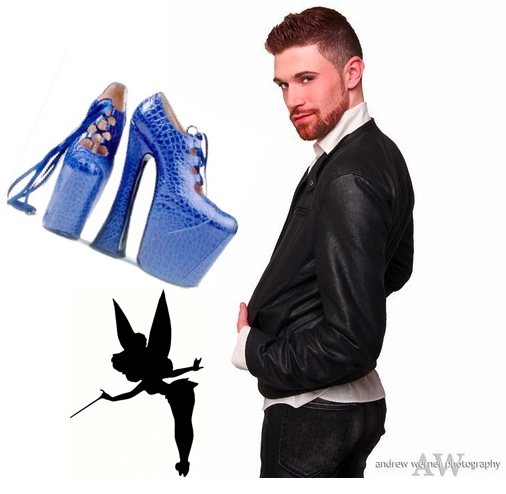 Ifelicious:  You and TJ went to high school together.  Is that how you all first met?

Ifelicious:  What drew you to TJ because you are like a yin and yang personality-wise?

Ryan:  I just told this story to my client who’s sitting in the chair with color on.  I was in the closet until I was 16.  I ran track and field and was on the football team.

Ryan:  Yes!  Throw an extra 20 pounds on me and I can deepen my voice a little.  I had dark hair and I wore baggy clothes so you couldn’t see my ass sway when I walked…I’m a natural athlete.  I can throw a ball and catch a ball and run the 100 yard dash as fast and furious as anybody, but all I wanted to do is be a cheerleader, and I had the biggest crush on the assistant [football] coach.  I was just so not myself…and I see TJ with fire red hair and glitter…He wore Paris Blues super flare jeans and Skechers platform shoe sneakers.  He had a Tinkerbell wand, and if girls were mean to him, he would be like, ‘Poof!  You’re pretty!  Oops!  It didn’t work!’  He was the exact opposite of me.  He knew who he was…He taught me how to be myself.  I was in such awe of him…He really didn’t give a fuck, and I just wanted half of his courage. 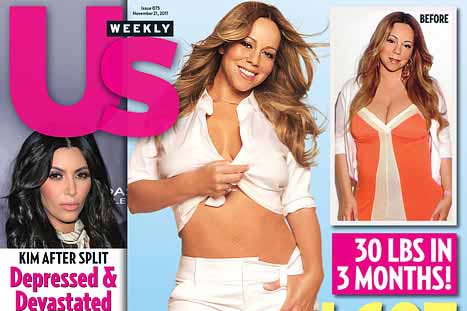 Ifelicious:  Did you backfill TJ’s position when he left?

Ryan:  Yes, I have a business manager now.  His name is Jim [Richard], and he came from Calvin Klein.

Ifelicious:  I think of salons being the center for so much banter and gossip when I go, so what are people talking about? (as of November 16, 2011)

Ryan:  Kim Kardashian and then Mariah Carey’s belly button!  Look at US Weekly right now.  You go inside, and there’s like that first picture where she’s in this cute little midriff number, and you can see what her old belly button looked like.  Now, look at the cover of US Weekly.  She’s totally had a tummy tuck, and they’ve re-put that belly button back on.

Ifelicious:  Ooh!  I’m going to look that up after we finish.

Ryan-Ashley and “The A-List: Dallas” 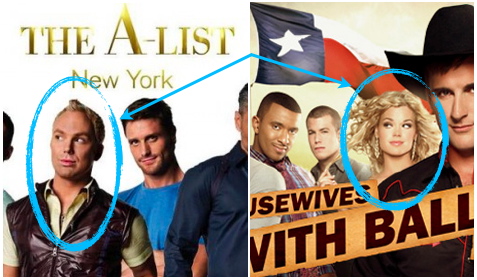 Ifelicious:  I know that you talked about touring with ‘The A-List: Dallas’ but are you watching the episodes each week?

Ryan:  You know, I’m not watching episodes each week.  What I do is I TiVo them and then watch like two or three at a time.  So I’m a little behind, I’m really sad to say, but I’ll get caught up soon.

Ifelicious:  Oh ya, you gotta catch up.  Well, what do you think of the show and cast, in general, so far?

Ryan:  I’m absolutely obsessed with Ashley.  She’s the shining star of that cast.

Ifelicious:  Hmm, she is the person that seems to float in and intervene with everything.  She kind of reminds me of you, in that regard.

Ryan:  Maybe that’s why I like her, and she can kind of instigate a little.

Ryan:  Mm-hmm!  When you look at the promotional photo of their cast, she’s looking away holding her hair in the billboard.  They did the same thing to me first season.  I’m looking away…She’s the cupey cherub of that cast.

Thank you, Ryan, for granting me an interview.  While, I’ve included a lot here, there’s so much more that Ryan has been doing lately.  Read about his God’s Love We Deliver volunteer event with bestie TJ Kelly and publicist Matt Martin – CLICK HERE.  Ryan also put up a nice update about happenings on his Tumblr account – CLICK HERE.

Next in “The A-List: New York” Unplugged series will be my interview with TJ Kelly – CLICK HERE, and the series closes out with Reichen Lehmkuhl – CLICK HERE.