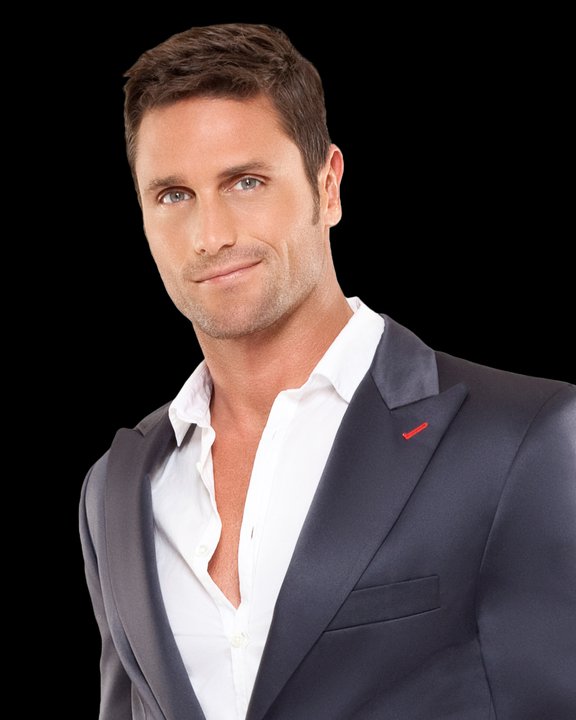 PAUSE… If you didn’t read my latest post “Logo’s ‘A-List: New York’ Reichen and Rodiney among cast on new VH1 series ‘Couples Therapy’ featuring Dr. Jenn Berman,” you need to check that out.  I was just moments away from putting this interview online when I got that news, and it changed the way I wanted to structure my last unplugged interview with Reichen Lehmkuhl.

Now that Reichen is in the midst of filming another reality show with Rodiney, I figured I’d give offer a few things up front that might be of interest to you.

Ifelicious:  Are you dating now?  Now that the show’s over, have you had time to get out there and meet people?

Reichen:  I’ve had a little bit of a chance.  I’ve dated on and off, but I haven’t really gotten serious with anybody.  Right now, I’m not serious with anyone at all, and I’m completely single.

Reichen:  Absolutely.  I’ve had some ideas for different shows that I plan to pitch to production companies, but right now, I’m just pretty much focused on ‘A-List’ because ‘A-List’ is pretty much on for six months, off for six months, and in the off-season I think I’m spending a lot of time working on the other little things that I’m doing. 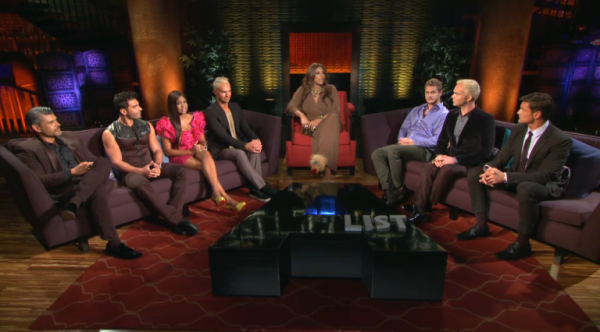 Wendy doesn’t pull any punches when hosting the “A-List” reunions.  There was a point in the interview where I was partially frustrated and partially curious if anything got Reichen fired up.  He maintains the same tone and doesn’t seem to raise his voice, so I wanted to know if that was normal for him or what he does for the media world.  In response, Reichen gave me an example from the season 2 reunion episode hosted by Wendy (click the hyperlink and go to 8:45 in the episode when she talks about Reichen and Rodiney).

Reaction to “The A-List: Dallas”

I naturally asked everyone I’ve interviewed from “The A-List: New York” if they’ve been watching their sister show “The A-List: Dallas” and what they thought of it.  As I mentioned in my unplugged interviews with TJ and Ryan, Reichen had also met up with some of “The A-List: Dallas” cast when they were in New York filming the reunion episode.

Ifelicious:  Have you been watching ‘The A-List: Dallas,’ or was meeting them last night the first time you got to know them at all?

Reichen:  I haven’t had time to really watch.  I’ve turned on episodes and I’ve tried to watch it for a little while and then I had to run out, but they were saying last night, ‘Oh, you’ve got to watch our show more.’  I think it’s a very different show.  From what I saw, it’s a younger crowd, and it’s a different dynamic watching them kind of fight as it is watching us fight.  I think the average age of our show is around 32 years old…It’s different content, really, but they all seem to be perfectly nice people.  It’s neat to meet the cast. 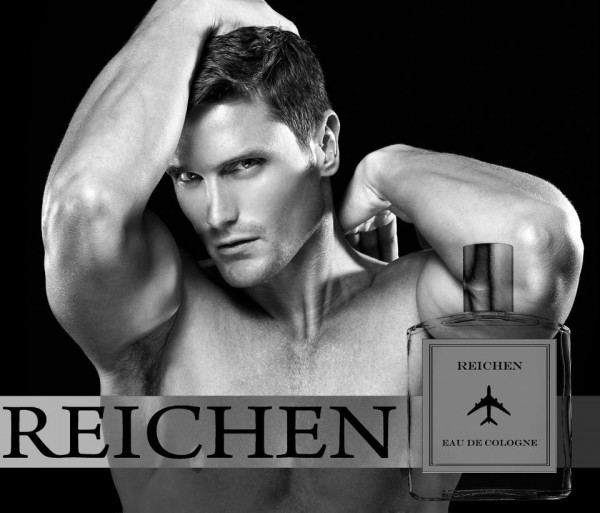 Reichen has used his reality TV fame as a platform for issues about which he is passionate.  When I first met him, he was working to overturn the military’s Don’t Ask Don’t Tell (DADT) policy and donated 10% of the proceeds from his Fly Naked jewelry line to Servicemembers Legal Defense Network.  During season 1 of “The A-List: New York,” he recorded and released the original song “Up to the Sky” (download via iTunes and Amazon) also inspired by overturning DADT.  If you’ve followed Reichen, you know that’s just a sampling of his pursuits.  In August 2011, Reichen launched his self titled fragrance.  You can buy it online and in select stores, and a portion of the proceeds will be donated to LGBT charities.

Ifelicious:  You’re your own brand, literally, now.  I’m sure it takes some legwork to get the word out.  Do you have a team helping you out?

Reichen:  I have people who work with me on all of my other projects- books and TV and stuff, but the fragrance, I’ve really done this on my own…to the point where I’ve even mixed it on my own in a lab.  I ordered all of the packaging and materials and brought it all to the greenhouse and told them how I want it done.  I’ve learned a lot about it going around to stores and showing it myself.  Especially, if I go into a gay owned and operated store and they say, ‘Oh, I know you from the show’…It’s really fun because we have a great meeting and then I get the fragrance in there.

Ifelicious:  I’ve read that you’ve been picked up by a few retailers.  What are they so far?

Reichen:  You can find it at Ron Robinson/Fred Segal on Melrose in LA and in Delphinium Home in New York City.  Fred Segal in LA has been a favorite store of mine for about 15 years, and when I walked into Delphinium Home I was like ‘Oh my God!’ because…everything they carry is like super unique just like in Fred Segal.  I love having the cologne in stores that are really unique like that.

Ifelicious:  I hope that particular market continues to grow for you.  How are the online sales?  I’ve read a lot of the retweets you’ve posted from people who’ve bought it.

Reichen:  Online sales are going great.  It’s really surprising because I didn’t think it would go so well because a lot of people want to smell the fragrance before they buy it, but I’ve had some really loyal fans, and now loyal customers to the fragrance…I literally only have had amazing, positive responses to it, and I’ve asked everybody, ‘Honestly, what do you really think of it?’  I’ve written random emails to the people who have ordered it online and just said, ‘Hey, this is Reichen, and I want to know how you like the fragrance,’ and everyone writes back glowing stuff.  If they didn’t, I’d say, ‘Oh, well some people don’t like it.  It’s not for everybody,’ but so far everybody loves it.  I’m so happy.

Ifelicious:  Besides the cologne, are there any other products, like a lotion or something, under the Reichen product line?

Reichen:  I took the advice of my business managers, and I just came out with one product to see what would happen.  I did it all myself including I self financed the whole project…rather than selling it over to a company who’s going to take away some of the ownership…Now that it’s going well, I have a scented candle in the works…and then after that I’m going to do a face lotion, if all keeps going well.

Ifelicious:  When do you think the additional products will be coming out?

Reichen:  I would say by the holidays of next year (2012), we’ll have a scented candle, a face lotion, and hopefully a shave cream.

Ifelicious:  I saw on your Facebook fan page that you’re offering some discounts.  Are you doing anything discount-wise for the holiday season?

Next Book: “It’ll Be Great Exposure” 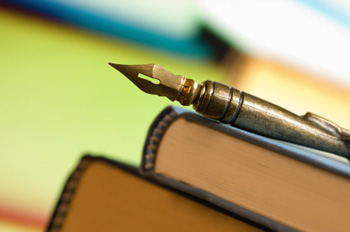 They might as well have held the press event and launch party for season 2 of “The A-List: New York” in Hades, but I guess District 36 in NYC was the next best thing.  Reichen was one of the on-camera interviews I did in the basement of District 36, and all he was offering me was the word “armpit.”  Even celebrities get cranky in the heat, I guess.  In those few minutes we spent, however, he did share something that I had been wanting to follow up for a while.

Ifelicious:  I know when I spoke to you in the summer in that hot box of a basement at ‘The A-List: New York’ season 2 premier, you mentioned that you were working on a book called ‘It’ll Be Great Exposure.’  Have you been able to turn your attention back to that at all?

Reichen:  I haven’t.  ‘A-List’ didn’t stop shooting until around mid-September, almost the end of September…We were shooting for almost a full six months.  After that, I really jumped into the fragrance project…so I haven’t written on the book since, I guess, this summer, and I really can’t wait to get back into it and start writing again.

Perhaps the most unexpected tidbit that Reichen offered me was his lifelong dream of being a dentist.  At the time we spoke, he was planning to take some more courses in January 2012.

Reichen:  In the off-season, I’m spending a lot of time working on other little things that I’m doing, like I’m going back to school in January.

Reichen:  Yep, before I was doing ‘A-List’ I was doing some pre-medical courses because I have a dream of being a dentist, and I’m going back this January.  I only have like three semesters left and then I can apply to dental school so it’s something that’s kind of fun.

Ifelicious:  I had no idea.

Reichen:  It’s a childhood dream.  I always wanted to be a doctor, and as I got older, it was more about wanting to be a dentist…Every time I get to work with dentists, I love it, and I have so much fun.  I just think it’s an interesting industry and field.  I’m just going to keep with the dream.  I have a lot of different interests.  No one can ever pigeon-hole me and say that I’m just one type of person.  I love to do everything in life.  I like to write books.  I like to create products.  I like to get involved in things I know nothing about and learn all about them like jewelry lines.  It’s just my personality.  I’m a very curious person, and I don’t think that there’s anything wrong with doing a lot of different things in your lifetime.

Oh heck!  I can’t get that song “Dentist!” from “Little Shop of Horrors out of my mind now so I’m declaring a musical interlude…

Now, back to the interview.

It’s always interesting to know how people you see on TV spend their off time like during the holidays.  I asked Reichen about his plans.  His birthday is coming up on December 26th, too, so make sure to send him lots of birthday wishes on his Twitter and Facebook pages.

Ifelicious:  You seem to be so busy, but are there any other plans you have over the holiday season?

Reichen:  I’m going out to Park City, Utah, and really take a break.  Skiing in Park City for Christmas and my birthday which is the day after Christmas, and then I’ll be heading to Vegas [where] I’ll be hosting a club in Vegas with Rodiney.

Reichen:  I’ll be with my family in Malibu for Thanksgiving.

Ifelicious:  Malibu is a quaint small town on the California coast.  It’s probably a nice place to get away from some of the hustle and bustle of your New York life.

Reichen:  Ya, I love Malibu for that.  I just feel like it’s so tucked away and quiet.

That closes out my interview with Reichen as well as my ‘A-List: New York’ Unplugged series.  Similar to Ryan Nickulas, I haven’t spoken at length with Reichen before, so I appreciate him taking the time out to talk to me.  My goodness!  There’s a lot in store for Reichen in 2012, so I’ll be sure to keep you all updated on everything Reichen.  He is also scheduled to tour with members from the “A-List: New York” and “A-List: Dallas” cast, however, I’m not sure if his status will change now that he’s doing the VH1 reality show.  For full details on the “A-List” tour, go to Only Matt Martin PR’s website.

Read all of my blog posts about “The A-List: New York” – CLICK HERE.

Read all of my blog posts about “The A-List: Dallas” – CLICK HERE.