You are here: Home / Archives for ifelicious tv / Glee 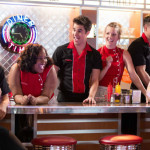 After six seasons, "Glee" wrapped up taping in February 2015. All is not lost for the Gleeks out there. Invaluable.com is an online auction of some pretty cool "Glee" swag beginning on Thursday, September 17 at 2pm ET/11am PT and Friday, September 18 at 2pm ET/11am PT. After seeing Lea Michelle's instagram post of her carrying out Finn's (Cory Monteith) framed jersey last … END_OF_DOCUMENT_TOKEN_TO_BE_REPLACED 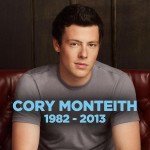 (found the above image posted on the band Five Seconds of Summer's - @5SOS- Twitter feed) I have no words... I woke up randomly tonight and stumbled on the breaking news that Cory Monteith, who plays Finn Hudson- a recent high school graduate from McKinley High Finn on the hit FOX series "Glee," is dead at age 31. He was found dead on Saturday, July 13, 2013 in his hotel … END_OF_DOCUMENT_TOKEN_TO_BE_REPLACED 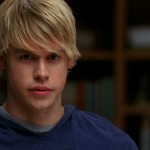 UPDATE NOV 17, 2011: There was a lot of fallout from Ryan Murphy's comments about cast changes that I just couldn't keep up with who's in and who's out. I did want to report that Chord will be back guest starring as Sam Evans beginning in December 2011.  Read more - CLICK HERE. ~Ifelicious I was surprised to read that Glee's creator Ryan Murphy has removed "trouty mouth" … END_OF_DOCUMENT_TOKEN_TO_BE_REPLACED 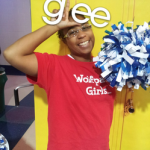 Raise your hand if you've been to the Glee Live! 2011 concert tour.  I went to one of the Chicago shows last week and had a blast! Walking into the arena was a total Glee brand merchandising experience, and every line was super long.  I sent the hubby in the line to wait for a Glee photo at one of the Samsung booths while I went over to play a slushy game where I used an … END_OF_DOCUMENT_TOKEN_TO_BE_REPLACED 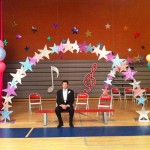 I'm glad I've been so busy lately that I missed out on the spoilers that leaked about the prom episode of "Glee." Below is an excerpt from an article by Jeanne Sager at The Stir about the May 10, 2011 "Prom Queen" episode of "Glee."  I like Jeanne's perspective and it was really well written: "Prom. It's supposed to be the most important night of any normal high school kid's … END_OF_DOCUMENT_TOKEN_TO_BE_REPLACED