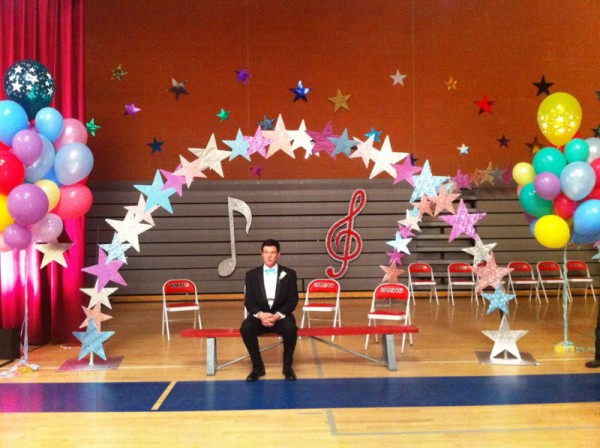 I’m glad I’ve been so busy lately that I missed out on the spoilers that leaked about the prom episode of “Glee.” Below is an excerpt from an article by Jeanne Sager at The Stir about the May 10, 2011 “Prom Queen” episode of “Glee.”  I like Jeanne’s perspective and it was really well written:

…We’ve been dreading the New Directions taking on Rebecca Black’s ‘Friday’ all week, but now that the prom episode is over, I think I finally get it. Ryan Murphy? Writers? My apologies for ever doubting you.

See, the whole premise of tonight’s show was off kilter. The kids who get slushied were the best possible candidates for prom king and queen? Like prom could turn freaks and geeks into royalty? I was about ready to give up the ghost and grab the remote (I hear there’s this dancing show over on ABC), when Rachel launched into Adele’s ‘Rolling Into Deep’ and Jonathan Groff wandered in (remember Jesse St. James), and I had to stay.

And I’m glad I did. Because this was a Glee prom, not that Disney movie everyone’s talking about. What we saw was Glee getting real.

Real kids. Thinking prom was going to give them the chance to suddenly be a princess (Mercedes), to wash away a teen pregnancy scandal by replacing it with a crown (Quinn), to quash a bunch of ‘plays for the other team’ rumors by dancing with a guy (Santana). Kids being ridiculously simplistic because they’ve been sold a bill of goods about this mystical prom experience. As Quinn told the girls, ‘You can get married as many times as you want, you only get one shot at your junior prom’…”

Also, watch “Behind the Glee: Prom Queen” video on the official “Glee” website.

How’d you feel about the naming of prom king and queen? What did you think of the episode overall?

Jezebel– Glee: Prom Queen race ends with a slap in the face