(press release) For almost five years, the genre-defining reality series “Celebrity Rehab with Dr. Drew” has enlightened viewers about the painful and trying path to recovery for people with alcohol and drug addictions. Anyone familiar with the treatment process for addiction knows that recovery is a lifelong process and some succeed where others fail. Life outside the … END_OF_DOCUMENT_TOKEN_TO_BE_REPLACED 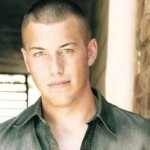 Have you been watching "The A-List: Dallas" on Logo?  This cast is sooo different from "The A-List: New York" but sooo good at the same time!  In the midst of the all of the drink throwing and other folly that comes with reality TV, the cast has addressed some serious issues as well.  Several cast members have talked about their coming out experiences.  Some of the final words … END_OF_DOCUMENT_TOKEN_TO_BE_REPLACED 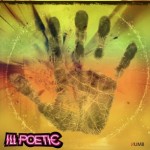 Hip hop artist, producer, and entrepreneur Ill Poetic released a fresh track for his fans last week called "Numb."  It contains a sample from "Infinitum" by Flying Lotus that sets the haunting melodic backdrop to which he rhymes about artistic freedom. Numb to the world, Eyes closed, Dreams of the new, New world I chose... Listen below, and download it … END_OF_DOCUMENT_TOKEN_TO_BE_REPLACED

UPDATE JAN 27, 2012: Logo TV has put most of episode 1 on the Logo Facebook page. CLICK HERE to watch. Remember episode 1 will air in it's entirety (and weekly) on Monday, January 30, 2012 at 10/9c on Logo TV. Halleloo! The next season of RuPaul's Drag Race starts in January 2012 and promises to be sickening! Season 4 Trailer Tags: RuPaul's Drag Race, RuPaul, … END_OF_DOCUMENT_TOKEN_TO_BE_REPLACED 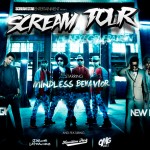 Hundreds of young Milwaukeeans came out to The Rave on a school night to watch performances from Diggy, Mindless Behavior (MB), and Milwaukee native Jacob Latimore back on October 27, 2011 for the Scream Tour.  I think my ears are still ringing from all the screaming young girls, LOL!  Of the performances that night, I have followed Diggy's career most closely here on … END_OF_DOCUMENT_TOKEN_TO_BE_REPLACED