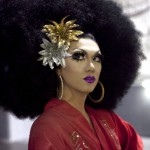 From press release... Couture has a new face, and she's hot!!! "RuPaul's Drag Race" season 3 finalist Manila Luzon's “Hot Couture” will be released on iTunes and Amazon on Tuesday, November 8, 2011. Check out the teaser video for “Hot Couture” below Rhinestone, feathers, and a whole lot of hair are what took New York City drag starlet, Manila Luzon, straight to … END_OF_DOCUMENT_TOKEN_TO_BE_REPLACED 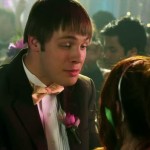 If you watched the hilarious new scripted series "Awkward." on MTV, then you most certainly remember "Ricky Schwartz," played by Matthew Fahey, the clarinet playing band geek with game.  We saw him toy with the affections of Jenna Hamilton's (Ashley Rickards) bestie Tamara's (Jillian Rose Reed) heart and even become the source of the bestie breakup after the infamous house … END_OF_DOCUMENT_TOKEN_TO_BE_REPLACED

Jonathan "Lil J" McDaniel (website, Twitter, Facebook) is probably most widely known as Raven's boyfriend Devon Carter on the hit comedy series "That's So Raven" on the Disney Channel.  Part 1 of my interview with Jonathan focused on his experience as one of the lead actors in Robert Townsend's latest movie "In the Hive" (official release date pending at the time of this … END_OF_DOCUMENT_TOKEN_TO_BE_REPLACED

Everybody loves an inspirational film that restores our faith that there are great people out there in the world making a difference.  Rather than bring us another great white hope story featuring a fragile blond who descends upon the hood and saves some at risk black kids, Robert Townsend ("The Five Heartbeats", Twitter: @Robert_Townsend) put his energies behind directing "In … END_OF_DOCUMENT_TOKEN_TO_BE_REPLACED