You are here: Home / Archives for Reichen Lehmkuhl 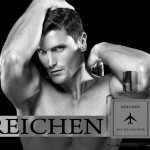 PAUSE... If you didn't read my latest post "Logo's 'A-List: New York' Reichen and Rodiney among cast on new VH1 series 'Couples Therapy' featuring Dr. Jenn Berman," you need to check that out.  I was just moments away from putting this interview online when I got that news, and it changed the way I wanted to structure my last unplugged interview with Reichen Lehmkuhl. Now … END_OF_DOCUMENT_TOKEN_TO_BE_REPLACED 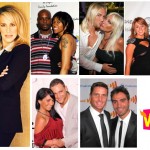 The buzz has been going for several weeks now, but VH1 has officially confirmed an all new series called "Couples Therapy" scheduled to air in the spring of 2012.  Dr. Jenn Berman will counsel the celebrity couples as they determine if their relationships can be saved.  The cast is busily filming as I type and includes Logo's "The A-List: New York" Reichen Lehmkuhl and Rodiney … END_OF_DOCUMENT_TOKEN_TO_BE_REPLACED

This week, I hopped on a plane out to New York City to attend Logo TV's VIP launch party for "The A-List: New York" season 2 (subscribe on iTunes, "Like" them on Facebook, buy season 1 on DVD) and interviewed several cast members.  Having followed the cast closely over their first year on television, I've brought you several cast interviews across different events- the last one … END_OF_DOCUMENT_TOKEN_TO_BE_REPLACED

I can't wait to check this out!  Go Logo for launching this show that I can't help but calling The Gay List instead of The A-List, but I'm guessing that might not be an accident.  I'll have my tub of popcorn ready on October 4th! Read excerpts from the press release below.  ~Ifelicious NEW YORK, Aug. 31 (PRNewswire) -- Logo's highly-anticipated new docu-reality series … END_OF_DOCUMENT_TOKEN_TO_BE_REPLACED