You are here: Home / Archives for Creed Bratton

Time flies, doesn't it? On May, 16, 2013, "The Office" aired it's final episode after nine seasons on NBC. It's only been a month, and I still feel the void on Thursday nights. That's true sign of a classic. Writing a series finale episode has got to be one of the most difficult things to do. NBC's "The Office" writing team handled their series finale with just the right … END_OF_DOCUMENT_TOKEN_TO_BE_REPLACED

Leave it to Beaver Creed Bratton, best known as that suspicious elder fellow on NBC's "The Office," to premiere the first video from his "Tell Me About It" album on Funny or Die. The song "Move to Win" is from "Act III- A Funny Thing Happened on the Way to Obscurity" of his 3-part audio biography called "Tell Me About It" (see my blog "Interview 1/2: Creed from 'The Office' … END_OF_DOCUMENT_TOKEN_TO_BE_REPLACED 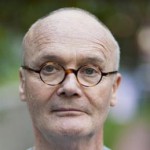 Who has 4 toes on his right foot because his adoptive Chinese parents bound his feet as a child, prefers to poop in the women's restroom, and can catch a fish with his bare hands? If you guessed the character Creed Bratton on NBC's "The Office" (read his character cast bio here), you get an Ifelicious gold star! In just a few weeks, we'll all be saying good bye to the quirky … END_OF_DOCUMENT_TOKEN_TO_BE_REPLACED

Besides playing spider solitaire and finding great joy in breaking the law as the character by his own name on NBC's hit comedy series "The Office," Creed Bratton in real life has been that of also a musician. Today, April 16, 2013 is the release date for Bratton's first of a 3-part album entitled "Tell Me About It." Each installment is called an "act" and follows a chronology … END_OF_DOCUMENT_TOKEN_TO_BE_REPLACED