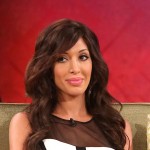 I don't get it.  After numerous reports last year that MTV had fired Farrah Abraham from the cast of "Teen Mom" which is coming out of retirement, they have now "un-fired" her. Remember this Q&A during the "Ask the Moms" special last October? Nessa: You guys are down one cast member. Can you tell me why Farrah is not here? Maci: Well, after we stopped filming 'Teen Mom,' … END_OF_DOCUMENT_TOKEN_TO_BE_REPLACED

Ryan Cassata has been using music, film, and activism as a platform to educate about and advocate for the transgender community with an overarching message of love and respect for others, in general, practically since he learned to speak. Tens of thousands have watched his YouTube vlogs about his transition and to hear his music. In 2014,  Ryan was the subject of "Songs for … END_OF_DOCUMENT_TOKEN_TO_BE_REPLACED 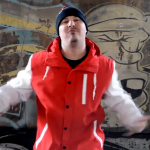 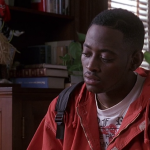 Actor Omar Epps can spit hot fiyah! Who knew? Check it out for yourself after the jump. The same guy who currently stars in the TV series "Resurrection" and first caught people's attention in 90s in films like "Juice" and "Higher Learning" is a rapper, too. Before his TV and film days, this Brooklyn native was part of a rap group called Wolfpack. One of his songs from the … END_OF_DOCUMENT_TOKEN_TO_BE_REPLACED 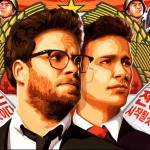 This is just the news I was waiting to hear! Beginning Saturday, January 24, "The Interview" will be available to Netflix streaming subscribers in the US and Canada. Now, I don't have to go out of my way to see a movie slammed by critics but popularized after a hacking scandal at Sony, due to the comedic film's central plot about assassinating North Korean leader Kim Jong-un, … END_OF_DOCUMENT_TOKEN_TO_BE_REPLACED