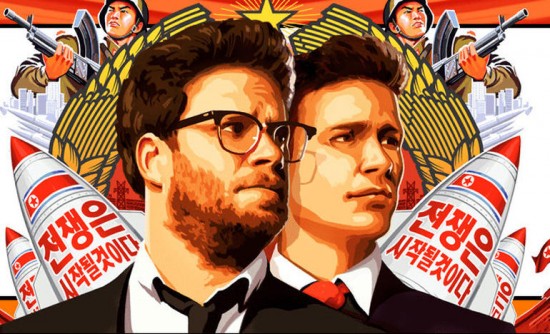 This is just the news I was waiting to hear! Beginning Saturday, January 24, “The Interview” will be available to Netflix streaming subscribers in the US and Canada. Now, I don’t have to go out of my way to see a movie slammed by critics but popularized after a hacking scandal at Sony, due to the comedic film’s central plot about assassinating North Korean leader Kim Jong-un, left execs, theaters, and movie-goers concerned about a potential terrorist attack. “The Interview” was ultimately released in digital format on Christmas Eve and in select theaters on Christmas Day. The move was unprecedented but has allowed Sony to recoup some of the $44 million spent making “The Interview.”

Variety’s Scott Foundas called the film “about as funny as a communist food shortage;” and Richard Corliss of Time Magazine described “The Interview” as “beyond the ballsy premise, … this is your basic Rogen farce about sloppy-happy-harried stoners trying to bluff their way out of trouble.”

Sony announced earlier this week that “‘The Interview’ has been rented or purchased online and through cable, satellite and telecom providers more than 5.8 million times,” and has made $46 million. That figure is not adjusted for the cut distributors will keep, but it is certainly noteworthy considering the film was nearly sidelined for good a month ago.

Now that you’ll be able to stream “The Interview” on Netflix, will you?

Do you believe that the cyber attack on Sony originated from North Korea?