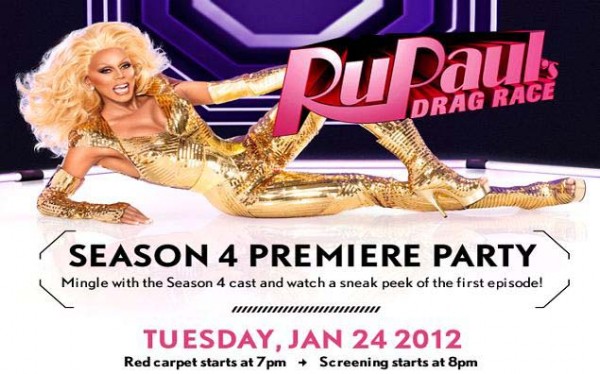 I hopped on a flight from Milwaukee on the day of the event to make sure I brought my readers the tea on this VIP party.  Below are photos and pink carpet interviews taken by Team Ifelicious- myself and photographer Vincent Sandoval.

Here are the photos taken on the pink carpet and inside the party (picasa link).  Captions are being updated, but feel free to comment with anyone that you can ID or any errors.  My only regret is not getting a photo of RuPaul when I interviewed him.  Ah well, I’ll get it next time!  😉

Below are the pink carpet interviews that I did for the eventing.  You can also find them on my YouTube channel under the “RuPaul’s Drag Race S4 Premiere Party” playlist.

This is related to comments I made about Derek in the blog post “Ifelicious Awards and season 2 Commentary for The A-List: New York” where I grant him the “Mean Girl Award.”  As soon as we made eye contact at the event Derek insisted we have this discussion and that it is on camera.  You’ll have to watch to see how it all goes down.  Austin Armacost from “The A-List: New York” provides moral support, a few side comments, and lots of antics that I only noticed when I played the video back. LOL!  I did also pull him in for an interview that will get posted here.