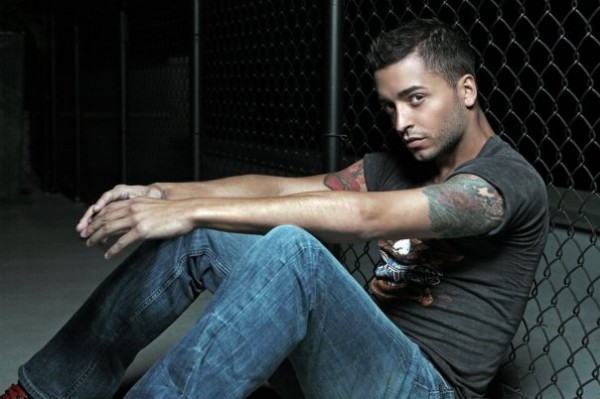 One of the shows that I particularly enjoy and feel deserves more publicity/critical acclaim is “Bad Sex” that airs Monday nights at 10/9c on Logo TV.  Don’t let the name nor the fact that it’s a reality show fool you.  Jai Rodriguez developed the original concept for the docu-reality series and serves as co-executive producer alongside producers from PB&J Television.  Sex specialist and Rodriguez’s ex-beau, Chris Donaghue is the host and therapist who works with 10 cast members struggling with issues ranging from sexual phobias to sex addiction.  Each episode features the 8-week journey of one of the cast members where viewers get an inside look at the person’s group and individual therapy sessions as well as the cast member’s life outside of the therapy setting.  It’s not a perfect process, and some cast members make more progress than others over the course of 10 weeks.  There are still a few episodes left, and I’ve also been one of the featured celebrity bloggers during LogoTV.com‘s live chat during the episode.  Join in the conversation during the show and make sure to say hello.  😉   You can also download the series from iTunes or Amazon.

Continuing with the interview…

Ifelicious:  Now with ‘Bad Sex’ you work behind the scenes as the executive producer.

Jai:  Ya, there was a time a couple of years ago, maybe 2 or 3 years ago, where I really wanted to move away from television…I had been doing a lot of reality since I came off ‘Queer Eye,’ and then I moved to Los Angeles, and I was hosting things and stuff, but there comes a point where after hundreds of episodes, I’m on set with people where I’ve done way more work… I was thinking what separates me from them?…Why can’t I come up with an interesting show idea and partner with a production company (PB&J Television) and market the idea and then sell it?  So, that’s basically what happened…At the time, I knew a really great sex therapist…So, I pitched him an idea, and I said, ‘Listen, would you ever want to do television?’…and he said, ‘If you make this happen, I will totally do it.’  So, I went to a production company that I had worked with before.  I pitched them the idea and they said yes…We spent some time pitching the show [to networks].  The funny thing is no one wanted to talk about sex.  We couldn’t find a network, even Showtime, that wanted to deal with sexual content.

Ifelicious:  Which is weird to me because when I heard of your show, I immediately thought of VH1’s ‘Sex Rehab with Dr. Drew,’ although that only aired one season.

Jai:  Right, and we wanted to be a little more broad, not just be people who had too much sex in their life but to also include people who had sex and intimacy issues…Finally, Logo really got the vision of what we wanted, specifically because I think they’re more geared more toward wanting to a attract a young, female audience- so we didn’t have to have a cast of all gay men.  There’s a stereotype out there, too, that only gay people have any kind of sexual issues.  Our cast is literally 3 gay men, and the rest of the cast is entirely straight.  We get to tell really great complex, diverse stories; and we’re happy to partnered with Logo Network that lets us do it our way.  It’s going great, and we’re really enjoying it, and we’re hoping there’s a season 2.  It’s great to be the executive producer, and this year, I’ll be pitching more shows as the executive producer

Ifelicious:  You and Chris Donaghue dated at some point, right?

Ifelicious:  It’s good that you two have enough of a rapport that you can work together.

Jai:  I’ve done so much television that I didn’t want him to feel that I was passing any judgment on his performance or whatever.  I think that kind of information that he’s imparting is epic.  I highly respect it…He has a director and a producer that he works with for his in studio stuff.  I think it’s really necessary that he has the same point person…It’s his first time that he’s been working on camera.

Ifelicious:  Are you in a relationship right now?

Jai:  I’m in a really great relationship with myself at the moment.  Something that’s really necessary.  I was dating someone last year.  That was a really fun relationship.  I had a great time…I think this year and towards [last] Fall, I’ve just been spending time with friends and developing friendships and just really working on my career and just kind of being focused.  Honestly, I think it’s the first time that I’ve been aware of it and actually made conscious a decision to focus more on myself.  I used to think things like this were selfish, but I was just [started] thinking it was totally necessary for me.  It’s not something that I do often.

Ifelicious:  That’s good!  It takes a level of self awareness to be able to do that.

Jai:  Right now, I’m at peace but I probably won’t stay on the shelf long.

Stay tuned for more with Jai Rodriguez including his guest appearance on an upcoming episode of the new scripted comedy NBC’s “Are you there, Chelsea?” as well as his retrospective on his time spent performing in the Broadway series “Rent” and on Bravo TV‘s “Queer Eye for the Straight Guy.”  Believe me, there are some little known morsels that came up during the course of this interview that you won’t want to miss.

My other blog posts featuring Jai Rodriguez on Ifelicious Thoughts: