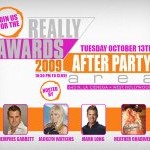 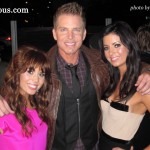 Ok, I really had two wet dreams tonight... ....interviewing Emilee Fitzpatrick from Real World Cancun AND interviewing Mark Long of who is an MTV iconic/legend/ hall of fame/whatever you want to title him whose claim to reality fame stemmed from being on the first season of Road Rules and then those yummy RW/RR Challenges.  As a self proclaimed MTV-head it was my duty to catch … END_OF_DOCUMENT_TOKEN_TO_BE_REPLACED 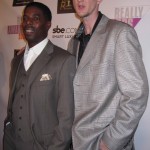 LAST UPDATED OCT 27, 2009 AT 10:30 PM EST (tags on photos #53, #54, #58) Here are my red carpet photos from the FOX Reality Channel Really Awards after party at Area Nightclub in West Hollywood.  This is everything that I took that night.  The next update will include names.  In the meantime, if you have a particular interest or question about a photo, use my CONTACT page … END_OF_DOCUMENT_TOKEN_TO_BE_REPLACED 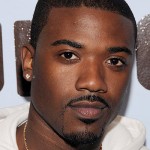 That's right!  Ray J kept a low profile but was one of the larger celebrity guests that showed on a rainy Tuesday night for the FOX Reality Channel Really Awards After Party at Area Nightclub in West Hollywood.  I know one of the media outlets (heard it was Maverick Photos but can't find them...holla if you know who they are) got a picture of me with him so as soon as I find it … END_OF_DOCUMENT_TOKEN_TO_BE_REPLACED

Having been a fan of VH1 Celebrity Rehab with Dr. Drew and Sober House with Jennifer Gimenez, I was pleased to see Jeff Conaway out on the red carpet tonight at Area Nightclub for the FOX Reality Channel Really Awards along with girlfriend Vicki Lizzi. I copped an interview with them before they spoke with the other media outlets in attendance.  Listen to the latest from … END_OF_DOCUMENT_TOKEN_TO_BE_REPLACED