You are here: Home / Archives for Ryan Nickulas 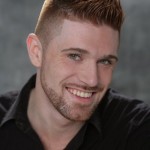 Continuing on with the series of updates on the cast from Logo TV's "The A-List: New York," TJ Kelly was next in the Ifelicious hot seat.  The guy who gave us the code word "delicious" in the very first episode of season 1 is doing well.  "I am very blessed in the fact that with the show that I sort of go unscathed," he added during the interview, and it's true.  TJ has that … END_OF_DOCUMENT_TOKEN_TO_BE_REPLACED 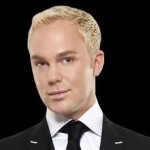 While we're in the throws of the premier season of "The A-List: Dallas," Mondays at 10pm ET/9pm CT, I wanted to check in back with some of the boys from "The A-List: New York."  I think it's due time to see what they've been up to now that the cameras have been turned off and Wendy Williams has had her way with them on the unprecedented two episode after show that aired on … END_OF_DOCUMENT_TOKEN_TO_BE_REPLACED 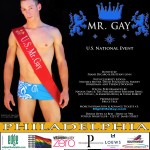 PHILADELPHIA, Nov. 4, 2010 (PRNewswire) -- The judges' panel for the US Mr. Gay Competition is almost complete with the addition of two stars from Logo's hit show, "The A-List: New York."  Two of the show's breakout stars, Ryan Nickalus and TJ Kelly, will be traveling to the "City of Brotherly Love" on November 12th and 13th to help name the new U.S. Mr. Gay titleholder. … END_OF_DOCUMENT_TOKEN_TO_BE_REPLACED

I can't wait to check this out!  Go Logo for launching this show that I can't help but calling The Gay List instead of The A-List, but I'm guessing that might not be an accident.  I'll have my tub of popcorn ready on October 4th! Read excerpts from the press release below.  ~Ifelicious NEW YORK, Aug. 31 (PRNewswire) -- Logo's highly-anticipated new docu-reality series … END_OF_DOCUMENT_TOKEN_TO_BE_REPLACED