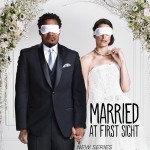 For the first time in history, a Facebook sponsored advertisement on my timeline caught my attention in a good way. A reality TV show called "Married at First Sight" seemed to be plucked from obscurity and is nuzzling its way into my reality TV junkie heart. The series premiered last year on FYI, a network I also did not know existed, but I've been watching the first season … END_OF_DOCUMENT_TOKEN_TO_BE_REPLACED 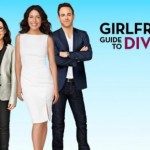 Shut the front door! I managed to get my hubby to watch a show on Bravo, and he actually liked it! Over the Christmas holiday, I blessed him with a few episodes of "Girlfriends' Guide to Divorce;" and he responded with, "They need to move this show to HBO or Showtime." That's a compliment and hubby-speak for the show belongs on a network more known for award winning scripted … END_OF_DOCUMENT_TOKEN_TO_BE_REPLACED