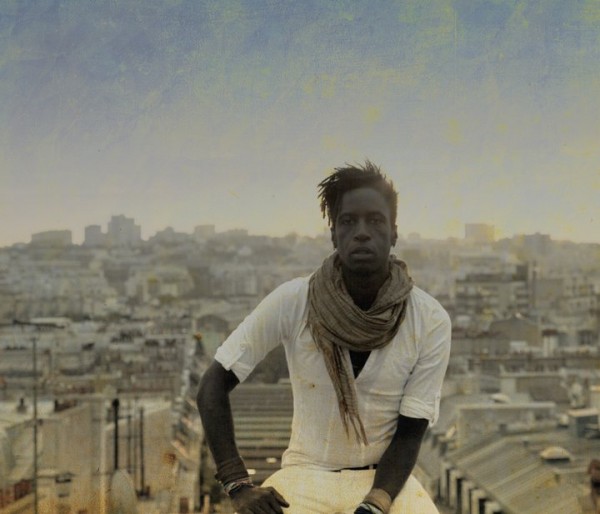 In Part 2, I return to Saul Williams’ first love of acting in the Alain Gomis film “Aujourd’hui.”  The film takes place in Sénégal where Saul, the rest of the cast, and film crew spent two months.  For the international explorers who read this, I close out by asking Saul about what it was like to stay in Sénégal whilst filming. 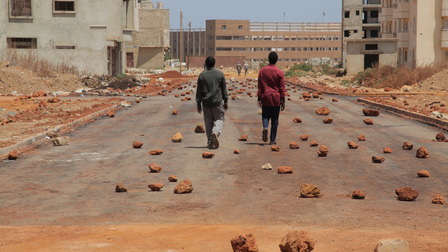 Ifelicious:  Your bio says that acting is your first love, so how much acting are you doing now as opposed to your music?  How do you balance the two?

Saul:  I just finished shooting a film called ‘Aujourd’hui’ which means ‘today’ in French, and I spent 2 months in Sénégal over the summer shooting this film…It takes place in a fictitious village where the dead come to choose one person to go back to the land of the dead with them, and when that happens, it’s a modern day society…with a bunch of modern day amenities like a new house, a new school, his family becomes rich, [and] all this stuff…I play that character (Satche)…[The film takes place during] the last 24 hours in his life, from the moment opens his eyes on his last day to the moment he closes his eyes, and just all the things he wants to do on his last day…[It’s] the first major film that I’ve done in years, and it’s the most recent thing that I’ve done that connects me to that ‘first love’ of mine, as you put it.

Ifelicious:  How did it feel good to get back into acting?

Saul:  Oh my God!  It felt great!  You know, I was kind of spoiled by my first project ‘Slam’ because…there’s very few playwrights that can say they wrote a play for money, but you can find lots of scripts for film that are written for money that are shallow and have no depth and no character development, and nobody puts that type of time in in theater, right?  So, growing up in theater and then doing ‘Slam’ and then having to write my first movie…kind of spoiled me because, after that, I’ve had a lot of scripts come to me.  You know, typical Hollywood scripts where my agent would be like, ‘This is a great opportunity for you!’  I’m viewing it like, ‘I don’t know if I want to be the funny black guy beside the handsome white man.’  It feels like I’ve seen that before. (laughs)…This last project was amazing because it was the first script that I’ve read in a long time…The script is in French [and], in the film, I’m speaking in French, and so that was also quite a challenge…but I loved the story, I loved the character, and it was written for me by the director.

Ifelicious:  Who wrote it and directed it?

Saul:  His name is Alain Gomis…This is his third film.  He had this picture of me and sat there…for two to three years writing the script.  I never knew him, and he never knew me, and then I bumped into him right before he was about to start casting.  He was about to make a trip to America just to try to find me; and he lives in Paris [as well].

Doing that film was amazing to me because there’s normally a few projects that you work on that you feel like, ‘Wow!  I’ll be referencing this experience for the rest of my life,’ and that’s true for the time that I spent on ‘Slam’…and it’s definitely true for ‘Aujourd’hui.’  The 2 months that I spent in Sénégal affected me and will always be a great reference for me in life and my creative experience and personal experience.

Ifelicious: Wow, well ‘Aujourd’hui’ is on my list then.  I will be on the look out for it.  Hopefully, it will get distribution here [in the US] so I can get a hold of it.

Saul:  I think it’s going to do really well, actually.  I just saw the first cut of it, and I’m convinced that it will be seen.

Ifelicious:  I’ve stopped through Sénégal before, but it was just a connection where I didn’t get off the plane…What was it like?  Is it a country that you’d highly recommend I visit someday?

Saul:  I was there for 2 months, but I was working everyday on the film.  It wasn’t my first time there, actually.  [I went there] about 10 years ago with my mom…The people are super kind…and by kind I mean people inviting you to eat…There might not be a lot of food on the table but everyone is like, ‘Come eat.  Come eat with us,’ and so it’s deeply entrenched in their culture…[Also], I’m in love with West African music, whether it be from Sénégal or from Mali; so, musically, I was in heaven.  Learning the latest dances…was wonderful, [too].  I was also there when their own sort of ‘occupy movement’ took off.

Saul:  Yes.  It wasn’t called ‘occupy,’ but it was all of their youth standing up to their president who, this summer, tried to find a way to stay in office by also putting his son in office.  The people…had the most organized rebellion I’ve ever seen…It was great to be there during like the people’s uprising this summer.  You may not have heard about it much in American media because there is no oil there.

Ifelicious:  (laughs) I gotcha, and no I didn’t, but I’ll go do my homework and read more about it now.

Saul continues to describe his experience living in Sénégal during the filming of “Aujourd’hui:”

…One of the craziest things about my experience is that I stayed in this beautiful hotel that was actually connected to a fishing village, but the view from my hotel was this beautiful island which is Gorée Island.  Gorée Island is where they say possibly just about every…enslaved African that went from Africa through the trans-Atlantic fiasco had to pass through Gorée Island.  So, I went to that island.  I visited the slave holding pens, and the door people go to that they say is known as the last time they would step foot in Africa before they entered the boat.  What was crazy is that I was staying in this beautiful hotel and the view of this beautiful island, and if I was unaware of the history, it would have felt like paradise.  Knowing the history, it just felt awkward as hell…It helped me realize the depth that can be hidden in beauty sometimes.  It feels real different than pretty.

Ifelicious:  It sounds like you need to write something about that experience if you haven’t already.

Saul:  I think that the film will share that experience.

Just as an aside, but a somewhat related aside, here’s a synopsis and trailer for the reggae music group Steel Pulse‘s documentary “Door of No Return:”

“Live in Senegal 1999. Steel Pulse started by playing concerts with punk bands as part of the Rock Against Racism movement popular in the late seventies. Subsequent releases and touring took the band to USA where they were to follow up their Grammy win of 1986 with a further nomination for a Grammy for the album ‘African Holocaust’ in 2004. ‘Door of No Return,’ while being a track from the successful ‘African Holocaust’ album, is also the title of an in-depth documentary about the hugely successful British reggae band. This film includes concert performances alongside interviews which provide insight into the band that many consider to be the greatest reggae band in the world. (source: IMDB-Written by Clint Weiler)