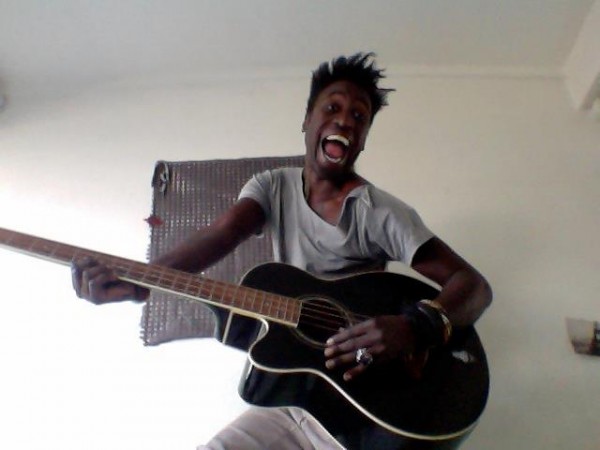 Leap year baby (actual birth date is Feb 29 so he gets to celebrate his bday this year!) Saul Williams (website, Facebook, Twitter, YouTube) is an extraordinary artist whose talents extend into theater, film, poetry, and music.  He’s also authored several books and is a single dad raising his daughter Saturn River Renge- the muse for much of his work and whom cameos in some of Williams’ music.  Just talking to Williams is a creative journey of its own.  His voice, baritone, was thick with New York City in its delivery despite having moved to Paris, France about 2 years ago with his daughter.  Just before 2011 became the past tense, we spent some time on the phone talking about:

filmed in Sénégal that will debut at the Berlin International Film Festival on February 9, 2012.  In this first of a two-part series, I cover the first 2 discussions.  The second and final part of this interview series will focus on the film “Aujourd’hui.”

Williams will be returning to North America for a 39 city tour to promote his latest album (read more on my blog post “Saul Williams to tour North America in early 2012 for ‘The Volcanic Sunlight Tour’“) in February 2012.  I’m hoping the stars align so that I’m able to cover and do a live interview with Williams on his tour stop on March 20th in Chicago at Bottom Lounge.

For those of you, like me, who are initially unfamiliar with Williams, where do I start?  “Google me.”  Isn’t that what folks are saying these days?  Anyhooz, keeping it pop culture for ya, most of you recognize him from the award-winning indie film hit “Slam” or his recurring guest role as the poet Sivad Malik on the popular TV series “Girlfriends.”  As I prepared to write this post, I also learned that Williams studied circus for 3 years (click that hyperlink, it’s a great interview with Saul Williams conducted by Frank McWeeny) and is featured in Nelson George‘s 2011 award-winning documentary “Brooklyn Boheme.”

Saul Williams “Children of the Night”

Ifelicious:  How long have you been living in Paris?  What prompted the move?

Saul:  I’m here with my daughter who’s 15 now.  We came over when she was 13, and I basically used her as my excuse to come.  [I decided] she needs to learn another language while she’s young.

Ifelicious:  What are her interests?  Does she seem to be showing some artistic talents like her daddy?

Saul:  Oh, I’m sure she would scream, ‘Hell no!’ but she’s super into music…and she also just started a little fashion blog.

Ifelicious:  What’s the name of her blog?

Saul:  It’s on Tumblr.  Her name is Saturn River Renge…if you go to SaturnsRivers.tumblr.com, you’ll see it.

Ifelicious:  Now that you mention that, I’m recalling you have the track [on Volcanic Sunlight] called ‘Girls on Saturn,’ is that about your daughter?

Saul:  Of course!  That’s her singing ‘damn!’  Ya, I’ve been collaborating with her for years.  She actually sings on my song ‘List of Demands,’ but she’s really young on that.  You hear a kids voice in that; that’s her.  She’s on about a dozen songs of mine and referenced in a lot of my poetry.  When people think I’m talking about outer space,  I’m actually talking about being a parent.

Ifelicious:  Ha ha, which is probably like being in outer space, I’m sure, at times! 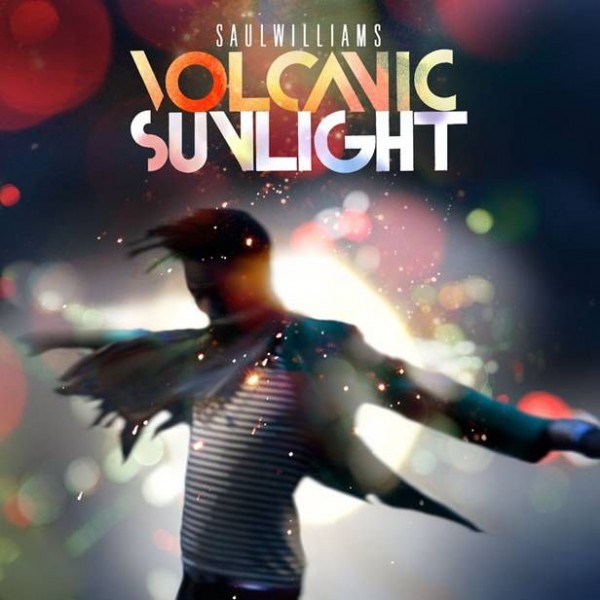 Ifelicious:  I read that you consider this your pop album.  Why?

Saul:  I say it’s a pop album only because for me, my goal, when I did my first album, I worked with Rick Rubin, and he had my first book and he handed me The Beatles ‘White Album,’ and he was like, ‘Saul, you’re a great writer.  This is songwriting.  Learn the difference,’ and most of my career, I have been trying to learn the difference between writing that I appreciate in literature and poetry and songwriting which is to say that I’ve been impressed with the idea of song formatting.  You know, the process, the construction, the structure of the song and why it sticks in your memory…My song ‘Coded Language,’ there’s no chorus on the song.  It’s just beats, and I’m like reciting crazy poems with no chorus, nothing to sing along to…so I came in from the experimental world, from the avant-garde world of music.  I call this a pop album only because of the structure.  It wasn’t a goal.  It’s just where I am right now.

Ifelicious:  In a sense, it could be considered, well, I don’t know if maturing is the right word to put on it, but just pushing yourself to work your art form into that format.

Saul:  Ya, to me that’s a fun experiment.  Everything I do is really for the personal.  Like I said, people think I’m talking about being in outer space and I’m talking about raising a  daughter when I reference Saturn…The last album before ‘Volcanic Sunlight’ I did with Trent Reznor, and that was like my last mentor in terms of song composition because I think what Nine Inch Nails…Trent Reznor’s group…did is essentially he put abstract sounds in a pop song format.

Ifelicious:  Have you ever considered of taking your music in a more commercial direction, like Common for example, to reach that broader audience?

Saul:  That would all be a great idea if I worked from the outside…My passion is really essential to my process…I like music that feeds the soul…yet at the same time, I’m an explorer!…People sometimes say,  ‘Ah!  He must listen to a lot of Common or Mos Def or Talib,’ and actually I’m like, ‘I probably listen to more Project Pat and Andre 3000 and this funk band you never heard of’ because I’m actually more interested in sounds that I haven’t heard before rather than the tried and true…For years, people have been saying, ‘I can’t wait until you do a straight edge hip hop album,’ and my response is, ‘So, I can’t wait either!’  I have to let it come naturally.  I never approach it from the outside that ‘Oh, my next project will be this.’  I’ve never known what my next project is going to be.  I know what my next project is when I’m about three-quarters of the way through with it or halfway through with it.

Ifelicious:  What was the inspiration behind ‘Volcanic Sunlight’?  How did you come up with the name and writing around that concept?

Saul:  I recorded 2 or 3 songs while I was on tour for ‘[The Inevitable Rise and Liberation of] Niggy Tardust!’  When you finish a show, you can either run around with groupies and parties and drink and all that, or…take it back to your hotel room…and push it towards the next thing.  That’s how ‘Niggy Tardust’ was written- while I was touring for the album before that…The first songs I wrote ‘Triumph’ and ‘Dance’…were fun to me because I wasn’t angry….because if you listen to something like ‘Niggy Tardust,’ I think it’s clever and fun, but I was still venting just a lot of angst…I wanted to make an album that was more closely linked to who I am.

Ifelicious:  It’s funny because I had a question I planned to ask you related to your style.  I sensed a darkness to your music.  Now, I’m hearing you say this album was much more of a fun spin as opposed to some of your other work.

Saul:  It’s not that I wanted to make a happy album.  The only happy music that I really like is from Brazil.  I think they make great, happy music.  Aside from that, there’s still a darkness and an edge that I like in music even if I’m not talking about shooting somebody in the head…That experiment with ‘Volcanic Sunlight’ was to see how I could play around with that edge musically, so I wrote the music first, but keep it on a different level lyrically…It’s all a series of personal challenges like there was something that I was trying to do with music which included basically I was trying to use a lot of drums and horns.  That was a goal and that’s what you hear in ‘Patience’ and ‘Triumph’ and ‘Volcanic Sunlight.’  You know, I wrote certain songs on the album thinking what can I do with drums and horns.  I wanted to do something with live horns, and I thought the tribal drums with classical sounding horns together was an interesting juxtaposition…Then once I wrote the music first, I wanted to challenge myself to not put the words in the way of the music meaning that I didn’t want to talk too much…I didn’t want to feel compelled to fill up every space with a word. I wanted to leave more spaces for the music and let the music be the poetry.  That was another personal challenge, and then the other challenge was to not write out of anger.

Ifelicious:  That’s an interesting approach.  I’ve spoken to a lot of musicians, but I don’t think I’ve ever heard them describe their process like that, but it makes sense.