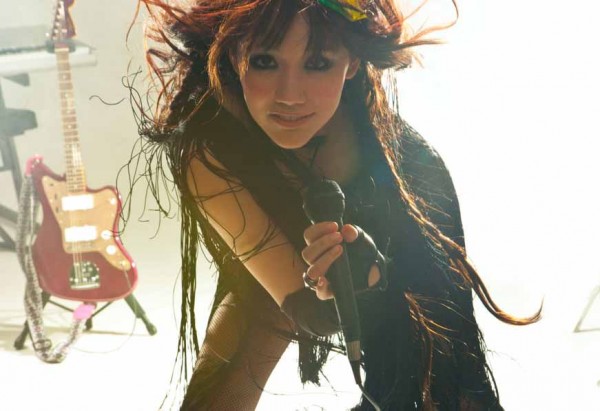 Los Angeles pop singer Manika made a pit stop in Milwaukee while still on her Shop Til You Rock tour on Tuesday, September 13, 2011.  She performed at Audubon Technology and Communication Center Middle School (Audobon Middle School) and granted some interviews for local television and radio stations.  “Just Can’t Let You Go,” Manika’s hit single, continues to do well among Top 40 music fans, and it won’t be long before it hits the Billboard charts.  I stopped by Audobon Middle School while they (and some seniors) were enjoying a live performance by Manika.  While a release date and album title are yet to be announced, Manika performed several songs that will be on her upcoming debut album that included (the below list is not the full set list. i’ll update the list once i get the missing songs):

As you’ll hear in my latest interview with Manika further below, she plans to release her next single in October 2011.  My vote is for the song “My Way.”  That’s probably my next favorite track by Manika besides “Just Can’t Let You Go,” but we’ll just have to wait and see.

Here are some snippets of video footage I took during Manika’s performance:

At the end, Manika entertained questions from the students:

Q: How long have you been dancing?

Manika:  I never took classes and stuff.  I’m so lucky to be working with Travis Payne who is my stage director, and he did the Michael Jackson ‘This Is It’ tour.  He was actually the choreographer for that so he’s just amazing.

Manika:  It’s so much fun because I get to perform for you guys…and when I see you guys rocking out and dancing to my music, that’s so amazing to me.

Q:  Do you have a boyfriend?

Manika:  No, I don’t have a boyfriend right now.

Before leaving, Manika stayed with students to sign autographed posters she brought along as well as pose for some photos.  I also sat down with Manika to follow up with her since my last interview.  Check out the video below:

Here are photos that I took: