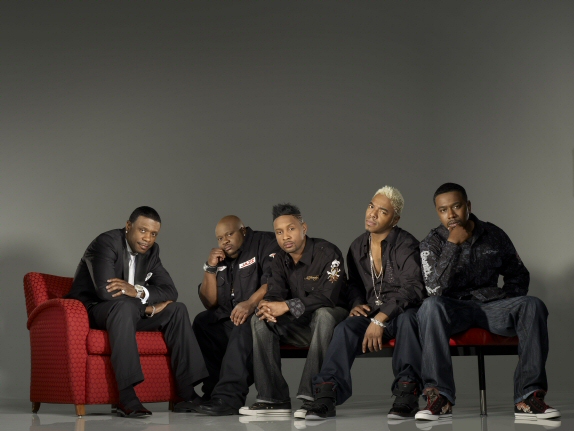 Already aired in Atlanta on the TBS local station Peachtree TV in February 2009, Centric TV has picked up the reality series “Keith Sweat’s Platinum House.”  Centric will premiere the show on Monday, June 8, 2010 at 8:00 PM EST/5:00 PM PST.  The premise of the show is to see if this blazing ’90s R&B group can bounce back with the same fervor in the ’10s with the launch of their upcoming album “InDRUpendence Day.”

A press release from February 2009 mentions:

Dru Hill’s comeback story takes place in a mansion a la Real World house- in Atlanta, Georgia, and for the next month they must essentially re-learn how to work together again as a group-counteract and solve all the problems that prevented any previous chances of an album. The remaining faces of Dru Hill– Sisqó (Mark Althavean Andrews), Nokio (Tamir Ruffin), Jazz (Larry Anthony) and new face Tao (Antwuan Simpson) with manger Keivn Peck-go through an intensive work regimen with the help of a licensed therapist, team-building coach, trainer and vocal coach all determined to equip them with tools to make the road to their comeback a little smoother.

PLATINUM HOUSE is the brainchild of Keith Sweat’s film and television company KEIA Productions and serves as executive producer along with the super team of Simmons-Shelley Entertainment, formerly B2 Entertainment Studios, Tracey Baker-Simmons and Wanda Shelley-the dynamic duo behind Bravo’s hit show “Being Bobby Brown.”

I still have love for Dru Hill, so I at least plan to check out the premiere episode, but my spidey senses say that Dru Hill can only regain a little nostalgic comeback like New Kids On The Block have been sort of buzzing around in the past couple of years. I do hope that one of their singles released so far “Love MD” and “Remain Silent” gain a couple of spots on the R&B charts.

Peep the trailer that was made for Peachtree TV (yo, Centric TV, get it together now! i want a promo from your site and not that poorly hosted interview with Keith Sweat).

Will you be watching?

Can Dru Hill make a comeback?