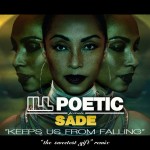 Download Sade "Keeps us from Falling" (Ill Poetic remix) by clicking HERE. From the guy that brought you the “Portishead/Budden” and “NIN/Outkast” mash-ups: “Simply put, I’m a huge Sade fan. I started work on this remix over 7 years ago. Upon hearing about the release of “Soldier of Love," I figured now would be the time to release this. A Part of me is doing this from a … END_OF_DOCUMENT_TOKEN_TO_BE_REPLACED 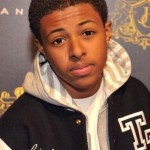 "A star in the making/That's what they be calling the kid" Destined to be a star, Diggy Simmons, releases "Star Is Born" Freestyle. Talk about FIRE; NO, Really, This sh*t is HOT! Upon dropping his first mix-tape in December with the lead single, "Point to Prove," followed by another single, "Set Me Free," Diggy Simmons is holding his own. Getting coverage throughout the … END_OF_DOCUMENT_TOKEN_TO_BE_REPLACED 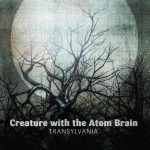 Creature with the Atom Brain to release "Transylvania" on February 2, 2010. On their launch date, touring also kicks off with Alice in Chains with first show in Vancouver. Performance confirmed for 2010 SXSW. February 1, 2010 -- Creature With The Atom Brain is thrilled to announce that TRANSYLVANIA will be released on February 2nd via The End Records. Marking the … END_OF_DOCUMENT_TOKEN_TO_BE_REPLACED