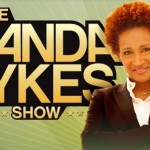 Does Wanda Sykes have a show?  Who's been hiding that info from me?  I soooo need to get caught up on that!  8-) From YouTube... Wanda's version of what really happened... Catch The Wanda Sykes Show Saturdays, 11/10c, only on FOX! Wanda, thanks for reading between the lines and tellin' it like it is! Related Links The Hollywood Gossip- Foul Fourplay: … END_OF_DOCUMENT_TOKEN_TO_BE_REPLACED

watch it... Dear Buck (or shall i call you "JerBuck")... Uh, honey, it's a short "u" sound when pronouncing "Cudi" as in Kid Cudi's name. He sings that song "Day and Night."  Here's a link to watch the video (VIDEO) DAY AND NIGHT. The girl with the big hat was the guitarist from Michael Jackson's "This Is It" tour.  She had a huge moment in the documentary.  Hmmm, … END_OF_DOCUMENT_TOKEN_TO_BE_REPLACED 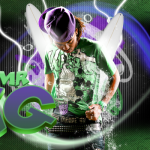 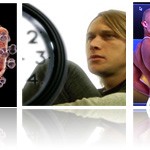 Episode Summary... Over twenty million people have died from AIDS since its cause, HIV, was discovered in 1981. Though leading scientists worldwide have dedicated their life’s work to understanding the virus, its genetic complexity is unprecedented and a cure is still beyond reach. This month on IN THE LIFE, we speak with scientists working tirelessly for a cure, advocates … END_OF_DOCUMENT_TOKEN_TO_BE_REPLACED

FULL LIST OF WINNERS AT THE BOTTOM OF THIS PRESS RELEASE Winners include: Artist of the Year -- Taylor Swift and T-Mobile 'Breakthrough Artist Award' -- Gloriana LOS ANGELES, Nov. 23 /PRNewswire/ -- Winners of the 37th annual American Music Awards (AMA's) were announced this evening to a sold out crowd, from the Nokia Theatre/LA Live. The show aired live on ABC at … END_OF_DOCUMENT_TOKEN_TO_BE_REPLACED