You are here: Home / Archives for Synergetic Distribution 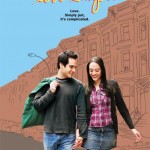 Movie website- www.lovesimplethemovie.com Facebook fan page- LOVE SIMPLE NEW YORK, NY, October 27, 2010 – Your Indie Films/Synergetic Distribution has acquired worldwide distribution rights for the film "Love Simple," directed by Mark von Sternberg.  The film will be available for purchase internationally on Tuesday, November 9, 2010,  and 10% of the proceeds of the film … END_OF_DOCUMENT_TOKEN_TO_BE_REPLACED

My latest trip to LA was a total knockout!  I called my fellas Bruce Reisman and Kris Black of Four Legged Pictures to see how things were going, and they invited me out to watch Black train with...wait for it...SUGAR RAY LEONARD!!!  Yes, I'm still doing cartwheels of joy in my mind not only because I was surrounded by the two hottest guys in Hollywood, but I get to break the … END_OF_DOCUMENT_TOKEN_TO_BE_REPLACED