You are here: Home / Archives for Phillip Willis 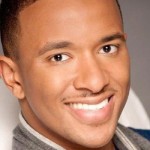 Phillip Willis (Facebook, Twitter) is Logo's "The A-List: Dallas" cast gossip making him someone you either love or hate.  Either way, keep your business at arm's distance because this town crier will make sure word gets around.  He is close friends with Levi Crocker who is equally a target for a little Phillip manipulation as we saw on episode 1 when he invited James to the … END_OF_DOCUMENT_TOKEN_TO_BE_REPLACED

I know producers of "The A-List" series that airs on Logo compare it to their successful "Real Housewives of Atlanta" series on Bravo, but I never thought that translation fit very as these aren't a bunch of rich house husbands, rather mostly single gay male socialites...and a girl living it up in the city.  I think the series has become something closer to MTV's "The Real … END_OF_DOCUMENT_TOKEN_TO_BE_REPLACED