You are here: Home / Archives for Pharoahe Monch 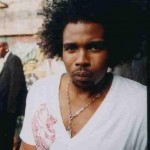 Myspace- www.myspace.com/pharoahemonch Twitter- twitter.com/pharoahemonch Pharoahe Monch is on the front lines once again and this time it's bigger than just album talk. Monch is gearing up to release his new project W.A.R. (We Are Renegades) through a partnership with Duck Down Music, while establishing his company W.A.R. Media as a viable entertainment portal. W.A.R. is … END_OF_DOCUMENT_TOKEN_TO_BE_REPLACED