You are here: Home / Archives for NewNowNext Awards 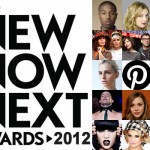 Last year was the first time I covered Logo TV's NewNowNext Awards, and it was absolutely amazing! Hopefully, I'll be there again this year to bring you red carpet footage and the skinny on actual awards show. In the meantime, read the latest press release about this year's awards below, and be sure to check out my coverage from the 2011 NewNowNextAwards. If given the … END_OF_DOCUMENT_TOKEN_TO_BE_REPLACED 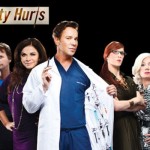 I love the premise for the NewNowNext awards show. Instead of looking at the past year, this awards show looks for up and comers, the trendsetters. After all, they should be recognized as well.  Plus, we the fans get to vote for our favorites.  I've put the list of categories and my picks below. I'd love you to comment with your own picks. ~Ifelicious Online voting … END_OF_DOCUMENT_TOKEN_TO_BE_REPLACED