You are here: Home / Archives for independent films 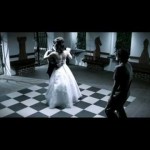 Mar 08, 2012 (via PRLog) -- "Lovelorn" - Do you dare to dance with Death? Set between the parallel worlds of contemporary London, the deserted afterlife and a mysterious dreamscape, "Lovelorn" is a story of lost souls trying to save each other. Following a motorcycle accident that kills her boyfriend, Lorna is left in a coma. Her brother John, who has always been very … END_OF_DOCUMENT_TOKEN_TO_BE_REPLACED 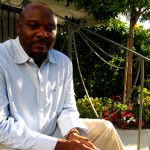 Angelo Bell is an award winning screenwriter, filmmaker, work from home dad of 4, and husband.  He grew up in New York but decided to move to LA back in 1995 in order to be closer to the movie mecca of Hollywood.  Initially, Angelo worked full time as an IT professional for a PR company in the LA area while pursuing his film career on the side- entering original screenplays in … END_OF_DOCUMENT_TOKEN_TO_BE_REPLACED