You are here: Home / Archives for Charlie Sheen 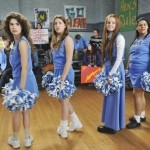 Katlin Mastandrea is a brilliant young actress who's landed roles on two major hit TV series:  as "weird" Ashley on ABC's "The Middle" and as the role of Olivia on the much talked about Charlie Sheen scripted comedy "Anger Management" premiering on FX June 28, 2012 at 9:30 PM ET/PT.  A gal who walks the eccentricity line on screen and off, I talked to her about "weird" Ashley's … END_OF_DOCUMENT_TOKEN_TO_BE_REPLACED

This week began with more talk of Charlie Sheen's fall from Hollywood grace and ended with one of the largest earthquakes in recorded history.  Somewhere in between, we lost Mike Starr who was the original bassist for Alice In Chains (AIC)- a rock band out of the 80s Seattle grunge movement.  Starr passed away on March 8, 2011 at the age of 44 in his Salt Lake City, Utah home … END_OF_DOCUMENT_TOKEN_TO_BE_REPLACED 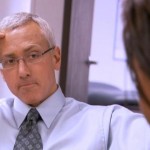 (Chicago Press Release) -- As if Dr. Drew Pinsky isn’t busy enough, next year the addiction specialist will add a HLN talk show to his busy schedule, which already includes "Celebrity Rehab," "Sober House" and, of course, his day job as a medical doctor in sunny Southern California. Alas, if only there was a term for being addicted to work! If there was, perhaps the doc-of-all … END_OF_DOCUMENT_TOKEN_TO_BE_REPLACED