You are here: Home / Archives for Audition

While Oxygen hasn't officially announce that there will be a second season of "The Glee Project," Ryan Murphy (creator of "Glee" and "The Glee Project") has already launched audition process.  Season 1 co-winners Samuel Larsen and Damian McGinty will appear in seven episode arc (meaning a storyline that lasts for seven episodes) during season 3 of "Glee" on FOX.  The other two … END_OF_DOCUMENT_TOKEN_TO_BE_REPLACED 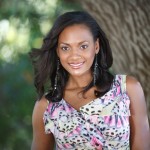 author: Joslyn Pennywell Many models inquire about ways to get onto the popular hit TV show "America’s Next Top Model." Now, I can’t personally get you on the show, but I can give you tips on my experience in the casting process and what I’ve learned. Being the girl that has tried out over 33 times, I feel I have learned a lot about the auditioning process and I’d like to … END_OF_DOCUMENT_TOKEN_TO_BE_REPLACED