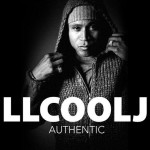 Few artists have careers that transcend generations and genres like LL Cool J.  He parlayed his early rap success into lead roles on 2 hit television series "In the House" and "NCIS: Los Angeles," has hosted the last 2 Grammy Awards, and beat down a burglar who broke into his home last year. Even Oprah, who isn't a rap fan at heart, featured LL Cool J on "Oprah's Next Chapter" … END_OF_DOCUMENT_TOKEN_TO_BE_REPLACED