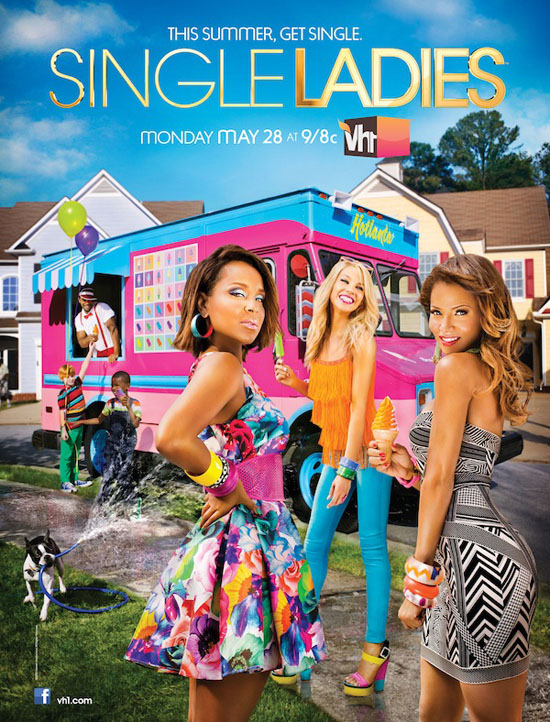 I’m feeling lukewarm about this, but I’m going to be watching season 2 of VH1’s “Single Ladies” anyway.

The acting left more to be desired, but the concept addressed a void in what’s left of pop culture’s scripted series.  On May 28, 2012, VH1 will be bringing back “Single Ladies” for a second season.  As I announced in a previous blog post, Stacey Dash who plays Val on the show will not be returning.  Instead, we will be introduced to Denise Vasi who will play Raquel Lancaster and friend of Keisha Greene’s (LisaRaye McCoy).  So much of the scenes were set in Val’s boutique and so much of the overarching storyline was about her love life that I’m super curious to find out how they make that all disappear in season 2 while tossing Raquel into the mix. Her storyline revolves around an old flame Antonio (William Levy).  From the press release, I see that Omar Kearse will be back (Travis Winfrey) who worked in Val’s boutique, but there’s no mention of Christina Carter (Kassandra Clementi).

It’s been nearly a year since season 1 of “Single Ladies” aired on VH1, and just to craft this blog post, I needed to remind myself where everything left off.  I figured it would helpful to share this with you as well.

Then, there were the men who wove in and out of their lives.  Playarette and lady with shady dealings Keisha kept finding herself catchin’ feelings for Malcolm Franks (D.B. Woodside) but it came at a cost a la an ex wife and a visit from the FBI in the season finale.  April cheated on her husband Darryl (Anthony Montgomery) with the mayor (Common) and dealing with a bitter divorce preceding as a result.  Val is in a love triangle between two guys with commitment phobia between her long term ex Quinn (Timon Kyle Durrett) with new love Jerry Waters (Colin Salmon).  Omar finds love with a guy named Vincent (Wilson Cruz).

Throughout season one, there were guest appearances from one of the show’s executive producers Queen Latifah, rapper Mac Miller, TLC singer Chilli (Crystal Jones), actor/basketball player Rick Fox, and others.

Read all of my blog posts about “Single Ladies” – CLICK HERE.