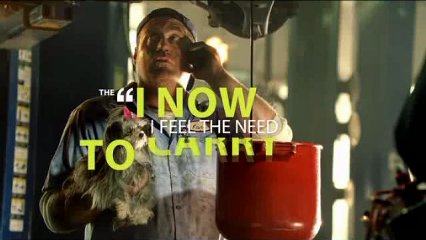 I am the person who carries her pampered teacup poodle around everywhere, gets his nails done, has a drawer full of outfits, and takes him on trips.  With that said, I had a good laugh at Walmart‘s “Straight Talk: Toy Dog” commercial where they have two manly male mechanics changing oil while holding their toy dogs.  Instead of sports talk or girls boobs (lol, whatever guys talk about), they’re talking about their dogs.

The commercial ends by saying, “the I now feel the need to carry around a toy dog with me everywhere because I’m feeling richer effect,” before going on to plug Walmart’s Straight Talk– a prepaid wireless plan. I gasped and took a little offense at that point the first time I watched it, in the same way that people try to assume I’m bourgeois for growing up in a planned community…and then I got a good laugh out of it.

“Straight Talk is a registered trademark of Tracfone, which is owned by America Movil.” (source: Prepaid Reviews)

Related Articles on the net