I’m really behind on my “Glee” soundtracks so I’ll definitely be snatching this one up.  So cool that the Warblers now have a cd of their own.  There are some really smart folks affiliated with that show from the writing to the acting to the marketing. Check out some of the record breaking accomplishments the show has had mentioned throughout the press release below. ~Ifelicious 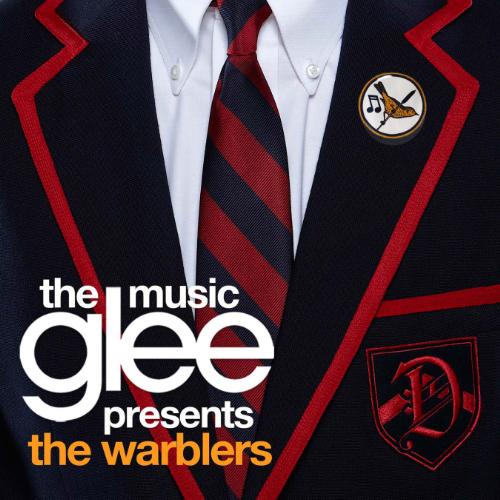 NEW YORK, March 23, 2011 (PRNewswire) — Get ready for Glee’s New Directions rivals, The Dalton Academy Warblers to have their own release, “Glee: The Music presents The Warblers,” available on Tuesday, April 19th. This release features songs performed by The Dalton Academy Warblers, a male a capella group starring Darren Criss, Chris Colfer and the Tufts University Beelzebubs, tackling such hits as Destiny Child‘s “Bills, Bills, Bills,” P!nk‘s “Raise Your Glass,” Train‘s “Hey Soul Sister” and Wings‘ “Silly Love Songs.” The Dalton Academy Warblers debuted on “Glee” this season with a bang as their version of Katy Perry‘s “Teenage Dream” had the best first-week sales of any “Glee” track to date. Also featured on “Glee: The Music presents The Warblers” are two album exclusives, the much talked about opening performance of Barbra Streisand‘s “What Kind of Fool” from the 2011 MusiCares Person of the Year gala and a never before heard rendition of Rod Stewart‘s “Do Ya Think I’m Sexy?” (see below for full track listing).

This week marks another astounding feat for the music of “Glee” with sales from its “Original Song” episode selling a massive 722,998 downloads in just seven days, the most ever from a single episode. Cumulatively “Glee” songs sold over 964,000 tracks this week. This surpasses the record the show set back in February when it sold an astonishing 880,000 tracks in one week. “Glee” original tunes “Loser Like Me” and “Get It Right” top the list of best selling tracks this week with almost 374,000 downloads sold between them. These original tracks also appear on the recently released “Glee: The Music, Volume 5” which debuted at #3 last week on Billboard’s Top 200 Albums chart with an impressive 90,000 copies sold. This week “Glee: The Music, Volume 5” holds the #4 Spot on that same album chart with over 132,000 units sold since its release on March 8.

In just one season, songs from The Dalton Academy Warblers have sold 1.3 million tracks to add to the over 26 million singles and 10 million “Glee” albums sold worldwide. “Glee” broke the record for most charted songs by a single act in the Billboard Hot 100’s history, currently with 120 hits beating Elvis Presley‘s long held record of 108. “Glee” is also now the top television program to be producing the most Top 10 albums, passing, “American Idol.”

The full track listing for Glee: The Music presents The Warblers is as follows: