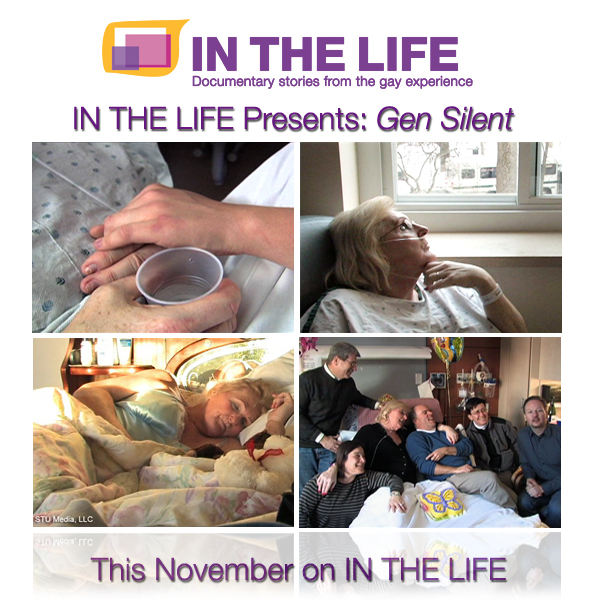 IN THE LIFE Presents: “Gen Silent”

The LGBT family “of choice” is a uniquely important lifeline and community support system. It is among the most profound legacies of LGBT life, illustrated by the men and women who came together to care for people with AIDS at the height of the epidemic. Today, a new health crisis is unfolding across America as LGBT seniors face homophobia, transphobia and insensitivity in the health care system. With traditional support systems failing to address the needs of aging LGBT people, a new generation is called to organize care and community around its elders.

This month, IN THE LIFE presents an excerpt of the film “Gen Silent,” a moving documentary about the very seniors whose generation organized the LGBT community into a movement, but now face so much fear and discrimination that they’re driven back into isolation; featuring the story of KrysAnne Hembrough, a transwoman struggling to find acceptance and community in the midst of battling a terminal illness. And we speak with the film’s director, Stu Maddux, about the power of change.

IN THE LIFE Presents: “Gen Silent” will begin airing November 1st. To find out when it airs in your local area, to stream or download it, go to the IN THE LIFE website: www.itlmedia.org.