I love America Ferrera and also the PBS show “Independent Lens.”  I didn’t realize she was engaged but a super belated congrats to her and hubby-to-be Ryan Piers Williams.  ~Ifelicious 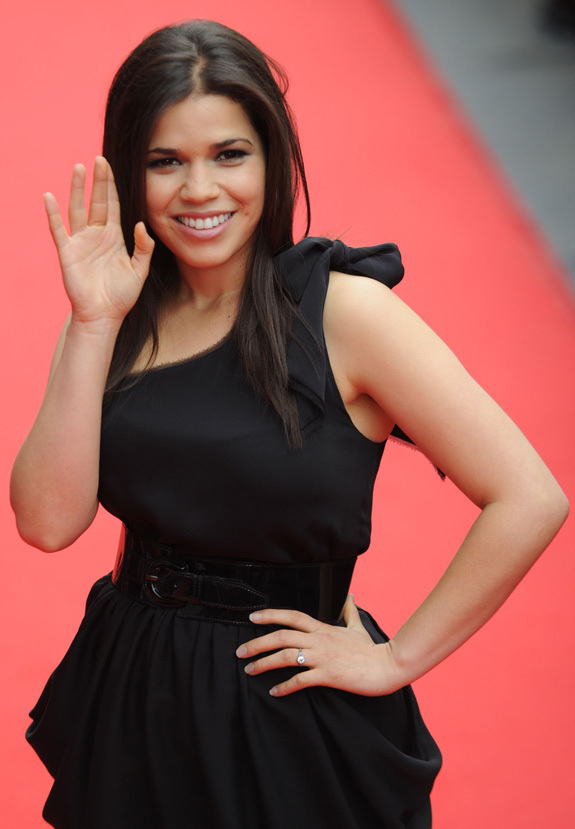 Ferrera won an Emmy, a Golden Globe and a Screen Actors Guild Award for her portrayal of Betty Suarez on ABC’s “Ugly Betty,” which wrapped last year after four seasons.

The 26-year-old announced her engagement to longtime boyfriend, Ryan Piers Williams, in June.