Yes, you read that headline correctly… 🙄 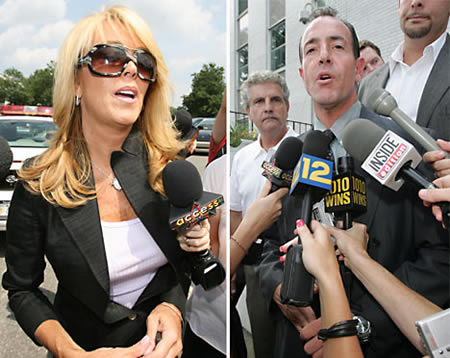 ATLANTA (TransWorldNews) — Michael Lohan claims he is set to open up his own drug and alcohol rehabilitation center in California. Lohan, the father of troubled actress Lindsay Lohan, says he is still deciding on a location for the center.

“Yes, it’s, true, I’ll be running it. I think it’s time that Dina and I both step out of the media for a while, and for me that means getting back to what I know best — helping people with addiction,” he tells RadarOnline.com.

“But I have my entire team of therapists in place and the financing is done. We’re still negotiating the location,” he claims.

Michael has been very outspoken about Lindsay’s alleged addictions. He most recently claimed she is addicted to prescription medications. Earlier this week, Lindsay, 24, was released from an in-patient rehab facility after completing just over 3 weeks of treatment. She is now participating in an outpatient program. The treatment is part of Lohan’s sentence for violating probation in her DUI case. She also received 90 days in jail, but only served 13 days due to overcrowding.