You are here: Home / ifelicious commentary / Save your money: Elin Nordregen’s article in People mag in a nutshell 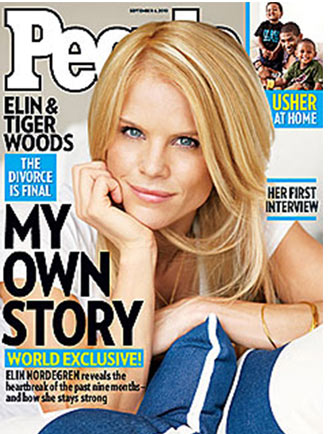 Tiger‘s now official ex-wife, Elin Nordregen, did a one time “tell all” interview for People magazine.  Having remained silent until now, Elin invited People mag into her home on August 15, 2010.  Over the course of 4 visits totaling 19 hours of interview time, no photos of the children allowed, the result was a 12-page feature that touted it would answer all unanswered questions and set the records straight, from Elin’s perspective.

Save your $4.49 on a copy of the issue because there was no shocking revelation.  Heck, we’re in a recession, right? What I want is the tapes/notes from those 19 hours.  That’s where the unscripted, uncensored by lawyers deets remain.  Who knows?  People, no pun intended, will sell their soul to tabloids.  Perhaps something will leak out sooner or later of interest.

I took the $4.49 hit to my pocketbook (it’s a super cute messenger/bohemian styled one that i bought in Harvard Square a while back) and have summed up the highlights for you below:

There you have it.  Class dismissed!  😆