UPDATE AUG 27, 2010: Well, we now know that the next Real World/Road Rules Challenge is called “Cut Throat.”  MTV just released a teaser video a few days ago.  See below, and if you have Facebook, check out the fan page.  I also read on Vevmo that it was filmed in Prague, Czech Republic.  From here forward, I’ll put any additional news and such in new blog posts. 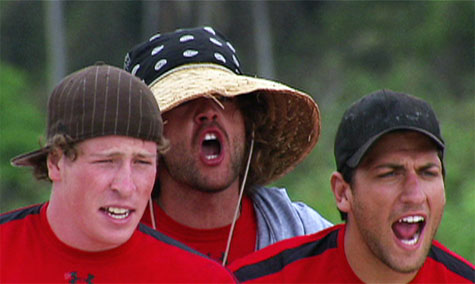 I was perusing the Facebook page for Fresh Meat II and it looks like they’ve posted the next challenge cast.  At first, I was inclined to agree with most on the discussion who speculate that it’s Rookies vs. Veterans, but if you look at the groupings there are some newbies on both lists.  Who knows?  I’m just excited to see a new cast compete.  Hopefully, they will live up to prior seasons’ drama, backstabbing, and all out competition.

I didn’t see info posted on the location or who would be hosting (I assume TJ Lavin again), but I’m sure more will be revealed in the upcoming weeks.

UPDATE 7/11/2010 1:30am EST- Saw the following on twitter (follow @MTV_RWRRnews <update: account now disabled>). The number of cast members do not match up between rookies and veterans.  However, here’s the response I got on Twitter: