You are here: Home / ifelicious tv / the hills / Kristin Cavallari hints that The Hills might go on for a lucky season 7

We all now know this was nothing but the rumor mill at work for Hills hopefuls. Oh well… ~Ifelicious 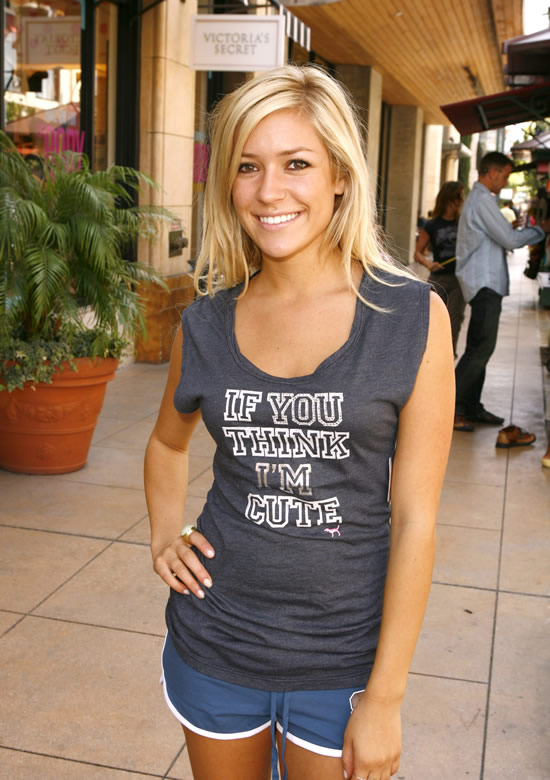 For all of you ‘Hills’ junkies, we just might get a few more episodes than originally announced.  Read below.  Interesting how they chose to refer to Kristin as Heidi’s co-star.  I don’t even see it that way, even for a attention grabbing news buzz.  Also, I am totally in agreement with the last statement that the show is absolutely not the same without Lauren Conrad in it.  That was the original premise for the show.  It’s like ‘The Office’ continuing forward even if Steve Carrell doesn’t renew his contract. ~Ifelicious

Heidi Montag’s fellow co-star on the reality TV show “The Hills,” Kristin Cavallari has hinted to the media, that the show may continue to another season. Kristin Cavallari, in a recent interview said, The Hills may have still have some life.

(source: MeriNews) April 26, 2010 — In what might be bad news for reality TV star Heidi Montag, her fellow show star Kristin Cavallari has hinted to the media (E! Online), that their reality show, “The Hills” may continue to another season. Kristin Cavallari, in a recent interview said, The Hills may have still have some life, apart from the final 12 episodes that are yet to air.

Cavallari said, “There’s a possibility of them ordering 12 more episodes…I would like to do it. I’m in such a rhythm with things and I’m having a great time. We’re just now starting to get into some really good juicy stuff with a few new people. So I think we could do another 12 episodes and make it pretty good. ”

On the other hand, Heidi Montag has said that she wants to move on beyond “The Hills.” Reports suggested that she was ready to quit the reality TV show after its creator Adan DiVello made some inappropriate actions against her, though MTV has kept behind DiVello in the matter till now (see also my blog post “Lauren Conrad slams rumors ‘Hills’ creator sexually harassed Heidi“).

…While it did see the now infamous Heidi Montag marathon cosmetic surgery session, when she had decided to receive 10 surgeries in a day, many fans believe that the show lost its appeal when Lauren Conrad left. With this statement by Cavallari, even if a new season of “The Hills” comes into being, the question remains how many people will tune in.

Would you watch another season of The Hills?