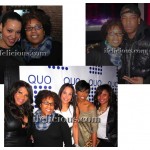 Fancy talk and folks' self promotion aside, here's a little look into the "Let's Talk About Pep" Launch Party that was held on Tuesday, January 19, 2010 at Quo nightclub in NYC from my own experience.  Journal style. I got the notice about the party on the Thursday before the event...very typical for publicists, at least the ones I have been dealing with.  That by far is … END_OF_DOCUMENT_TOKEN_TO_BE_REPLACED

The Soulful Stars shined bright at KISS-n-Grind GRAMMY® edition hosted by Vikter Duplaix on Friday, January 29th. “It was a night full of good vibes and good music…LA showed a lot of love.” That’s what Grammy nominee Robert Glasper had to say about the Kiss-n-Grind GRAMMY® Edition that took place on Friday, January 29th. 1200 people showed up to watch Eric Roberson, … END_OF_DOCUMENT_TOKEN_TO_BE_REPLACED