While I was on vacay, I caught an episode of "Secrets of Aspen" on VH1 and have been hooked ever since.  The show gives us a closer look at life in Aspen, a resort town with 5000 actual residents, but during peak season the town can grow to 40,000.  As described on the first episode, Aspen has a dichotomy between classes.  You're either filthy rich or you're scraping pennies by … END_OF_DOCUMENT_TOKEN_TO_BE_REPLACED 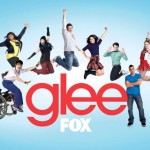 SCROLL TO THE BOTTOM FOR THE VIDEOS THAT PEOPLE HAVE LINKED IN THE COMMENTS SO FAR. I'LL TRY TO KEEP IT UP TO DATE DAILY. UPDATE 4/27/2010 (via Glee fan page on Facebook): Due to popular demand, we will have a one-day “encore” of the GLEE audition process. Starting this WED, 4/28 at 12:00pm PT through THUR, 4/29 at 11:59am PT, you will be able to submit an audition video … END_OF_DOCUMENT_TOKEN_TO_BE_REPLACED