You are here: Home / ifelicious tv / Letting you in on the “Secrets of Aspen” 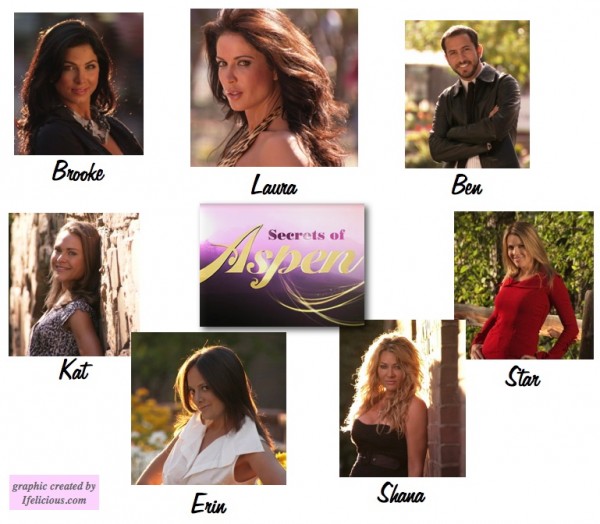 While I was on vacay, I caught an episode of “Secrets of Aspen” on VH1 and have been hooked ever since.  The show gives us a closer look at life in Aspen, a resort town with 5000 actual residents, but during peak season the town can grow to 40,000.  As described on the first episode, Aspen has a dichotomy between classes.  You’re either filthy rich or you’re scraping pennies by making a living through serving the filthy rich.  The cast of this “docu-soap” gives us a glimpse at a little bit of both.  The show has been met with a lot of controversy that it misrepresents Aspen, Colorado living, but to me, who cares?  This is entertainment.  I don’t watch this show, nor the guidos on “Jersey Shore” with such an impressionable mind.  In the last year, I’ve been to Hollywood a ton, and it’s not one gigantic 24/7 red carpet.  You’ll find panhandlers trying to get a buck and rappers trying to pimp their CDs right in front of Mann’s Chinese Theatre, but you don’t see that on TV.  Come on critics, the viewing audience is smarter than that.

Anyway, the show features Brooke, Laura, Erin, Ben, Kat, Shana, and Star.  The VH1 Blog has written a nice summary of each cast member in “Secrets of Aspen- Meet the cast!”  Also, watch the trailer below.  I’ve been watching the episodes online by going to the Secrets of Aspen- Videos page on VH1.com, but it officially airs on Sundays at 11:00 PM EST.

Here are some of my favorite moments so far…

Have you been watching?  What do you think so far?