You are here: Home / ifelicious tv / In The Life / July 2009- In The Life episode “Civil Disobedience” 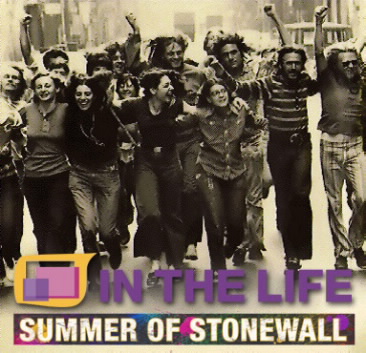 This July, IN THE LIFE is proud to present part II of its Summer of Stonewall series celebrating the 40th anniversary of The Stonewall Riots, “Civil Disobedience.”

We don’t know for sure what happened when police officers raided the Stonewall Inn. What is known is that on that historic night, when LGBT patrons united to fight back against harassment and brutality, a movement was born. This month, IN THE LIFE looks at how this historic act of civil disobedience ignited a movement for LGBT civil rights.

Before Stonewall, few LGBT groups publicly assembled despite their constitutional right to do so. But when they began to, these pioneering activists needed spaces to gather in. Our lead segment highlights the LGBT centers that have sheltered the movement and its organizations, providing refuge, legitimacy – a home – for LGBT people since Stonewall.

In A CONVERSATION WITH… two of our movement’s longest serving executive directors—Katherine Acey of Astrea and Lambda Legal’s Kevin Cathcart—discuss their lives as activists, the impact of Stonewall on their generation, and the passion that keeps them advancing the movement.

In this episode’s final story, we profile Stormé Delarvarie, the activist, organizer, and celebrated drag performer who—legend has it—threw the punch that started a revolution.

“Civil Disobedience” begins airing July 1st, and will be available for free video streaming and downloadable podcasts from the IN THE LIFE website starting July 2nd. To find out when it will air in their local areas, to stream or download it, go to www.inthelifetv.org.