You are here: Home / Archives for House of Payne 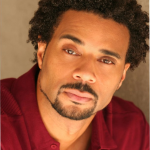 Cedric Pendleton played one of the firehouse guys "Keenan" on Tyler Perry's "House of Payne."  He's also acted in the Tyler Perry films"Diary of a Mad Black Woman" and "Madea's Family Reunion."  Besides his obvious good looks (I wonder if I was so mesmerized that I missed the opportunity to take his photo on the red carpet at ITVFest, LOL! ... j/k ... I think I was juggling … END_OF_DOCUMENT_TOKEN_TO_BE_REPLACED 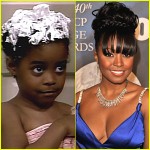 That's right, folks.  That sweet little gal that won our hearts in her role as "Rudy Huxtable" on the classic hit tv sitcom "The Cosby Show" is all grown up. (On a side note, the cast from "The Cosby Show" recently reunited for their 25th anniversary.)  Can you believe it?!?   Miss Keshia Knight Pulliam is college educated at the prestigious all womens HBCU (Historically Black … END_OF_DOCUMENT_TOKEN_TO_BE_REPLACED