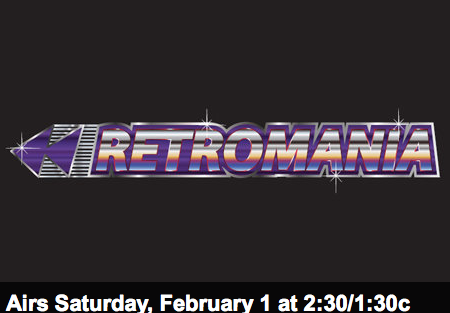 VIDEO – Wu-Who? (celebrities guess the members of the Wu-Tang Clan)

Building from the success of MTV’s Retromania weekends where the network aired marathons of old favorites like “Daria,” “The Hills” and “The Real World: San Francisco,” MTV launched “Retromania: Hip Hop Week” that will culminates in a “Retromania: Hip Hop” special airing Saturday, February 1, 2014 at 2:30pm ET/PT.

“Celebrities and hip hop musicians, including Eve, Kevin Hart, Kat Graham, Travie McCoy, MGK, Backstreet Boys, Mac Miller, Aubrey O’Day, Ed Sheeran, 2 Chainz, One Direction, the cast of MTV’s ‘Teen Wolf,’ Fifth Harmony, Icona Pop and more, will indulge in their personal favorite retro moments with hip hop remixes of classic films and TV shows such as ‘Mean Girls,’ ‘American Pie’ and ‘Baywatch.’ Additional segments include retrospectives on everything from favorite childhood snacks to pager codes and retro crushes, as well as games about hip hop culture from naming all of the members of the Wu-Tang Clan to a dramatic reading of the epic anthem ‘My Neck, My Back,’ and more.” (source: MTV Press Release)

In celebration of “Retromania: Hip Hop Week,” MTV has slotted hip hop themed programming from this week from 3:00 PM – 5:00 PM ET/PT with episodes of “Run’s House” and “Nick Cannon Presents: Wild ‘N Out.” To get fans excited about Saturday’s “Retromania: Hip Hop” special, several fun preview segments like Wu-Tang one I mentioned earlier have been airing throughout the week. Many more can be found by going to Retromania.MTV.com. On Monday, for example, MGK (Machine Gun Kelly) reenacted “the famous pie scene from the original 1999 ‘American Pie‘ film, where actor Jason Biggs (as Jim Levenstein) makes sweet love to his mother’s homemade apple pie” (source: MTV.com). Watch below:

Another preview shows Amber Rose getting in on the action with a reenactment of the infamous phone scene from “Mean Girls.” To pull it off, she enlisted the help of Ed Sheeran, Waka Flocka Flame, and Iggy Izalea. Check it out below:

One of the people I’m most excited to see on the “Retromania: Hip Hop” special is Dylan Dylinjah from Diddy’s “Making the Band 2” that aired on MTV for three seasons beginning in 2002. Mack Wilds interviewed Dylan about the infamous “Making the Band 2” episode where Diddy challenged the band hopefuls to walk to Brooklyn and bring him back some cheesecake from Junior’s.

Back in 2011, Dylan sat down and gave me a rare tell-all about his life before, during, and after reality TV fame that I published in a 2-part interview series:

I just interviewed Dylan again this morning, and he’s in a much different place than we was at the time we first spoke. He has matured as a person and as a music artist. Stay tuned for the interview coming soon to Ifelicious™!

During the show, make sure you’re following me on Twitter (@ifelicious) and tweeting using the hashtag #RetroMTV to join in the what promises to be “spirited” conversation.