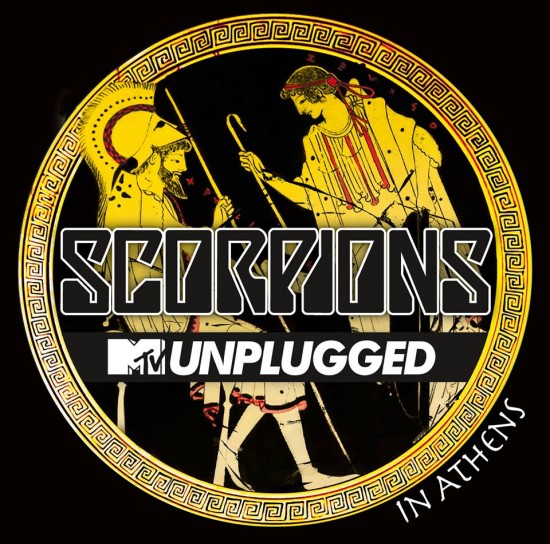 A band that’s been together for almost 50 years is virtually unheard of, but German hard rock band Scorpion defies those odds. On January 21, 2014, they made another unprecedented move with the release of an audiovisual project containing acoustic performances of fan favorites along with five new songs entitled “MTV Unplugged.” The collaboration between Scorpions and MTV’s “Unplugged” series is being released in the US as a CD with 16 tracks and on DVD/Blu-Ray as deluxe version with 25 tracks. The CD is being sold sold separately or as set with the DVD/Blu-Ray companion and may be purchased on iTunes and Amazon. For a limited time, fans can also stream “MTV Unplugged” on MSN’s Inside Music: Listening Booth and on last.fm.

The songs were recorded live last year on September 11 and 12 at the Lycabettus Theater in Athens, Greece during Scorpions Farewell Tour concert and contain popular hits such as “Rock You Like A Hurricane,” “Send Me An Angel,” and “No One Like You.” The five new tracks are:

“Follow Your Heart” and “Rock ‘n’ Roll Band” were only released on DVD/Blu-Ray. “Rock ‘n’ Roll Band” is my favorite uptempo track of the five new songs. Additionally, three of the new tracks are solo performances by Scorpions band members. “Delicate Dance” is an all instrumental solo by guitarist Matthias Jabs. “Love is the Answer” is a smooth solo ballad featuring guitarist and vocalist Rudolf Schenker and is my personal favorite of the new material released on this project. “Follow Your Heart” is a another solo ballad by vocalist and guitarist Klaus Meine.

MTV’s “Unplugged” series has produced some wonderful albums from artists of all genres. Typically in an intimate indoor setting, this was the first time MTV filmed in an open-air venue. The result was nice, it’s as if you are attending one of their concerts on their Farewell Tour which, by the way, is a three years and counting final tour for the Scorpions as a band. For someone who is not a hard rock fan, I found “MTV Unplugged” by Scorpions easier on my music palate. As a sidenote, Jay Z’s “Unplugged” album that he recorded with The Roots is one of my all time favorites.

“Holiday” was recorded when Scorpions recorded “MTV Unplugged” in Athens but was not released as part of the album. USA Today released a video of the performance as part of a promotional article for the audiovisual project. Check it out below: