You are here: Home / ifelicious music / fun. headlines spring North America 2012 tour and teams up with Revel and Riot

Below is are excerpts from a press release with some of my own additions about one of the hottest bands out there right now- ‘fun.’. TOUR SCHEDULE IS AT THE BOTTOM OF THIS POST. ~Ifelicious 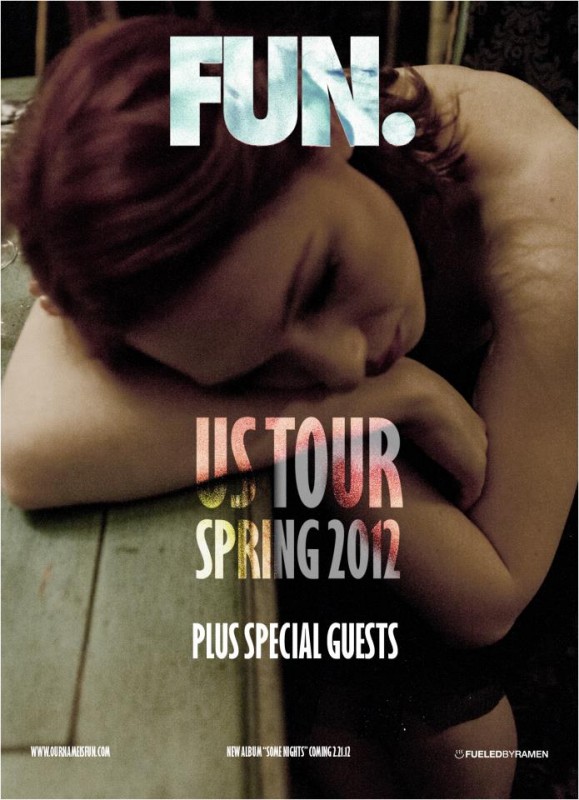 fun. (website, Facebook, Twitter, Fueled By Ramen artist page) has announced a flurry of activity surrounding the release of their Fueled By Ramen debut, “Some Nights” (download on iTunes or Amazon). The album – which includes the hit single, “We Are Young (feat. Janelle Monáe)” – is now available in stores and at all digital retailers.

A series of rare in-store events are scheduled as well as a headlining North American tour. The pre-sale for fan club members for newly announced dates (see below) has started – CLICK HERE for presale info, with general on-sale beginning March 2. For complete details and ticket availability, see fun.’s tour page on their website. 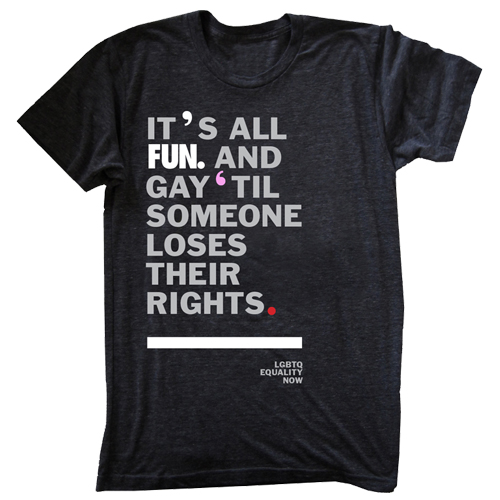 The band collaborated with the organization to design a shirt reading “It’s all fun. and gay ‘til someone loses their rights,” and [is donating all] proceeds from the shirt [to Revel & Riot to help promote LGBTQ rights, awareness and equality].  [The shirt] is available for purchase at [concerts while on tour] and in the band’s web store. An outspoken advocate for equal rights and marriage equality, fun. guitarist Jack Antonoff recently published the first in a series of blog posts for Huffington Post’s Gay Voices, titled “Straight Allies: The Importance and the Realities.”

VIDEO: “We Are Young” by fun. feat. Janelle Monae

Currently a top 5 favorite at Alternative radio outlets nationwide, “We Are Young” is a major breakthrough for fun., with sales surpassing 600,000. The track claimed the top slot on Billboard’s Digital Songs chart and the #3 slot on Billboard’s Hot 100 chart. Clear Channel recently named fun. one of their “Emerging Artists,” and iHeart Radio is currently featuring an interview with the band and very special acoustic performances of “We Are Young” and “Carry On.” The videos are posted at iHeart Radio: Fun..

In addition, fun. was MTV’s P.U.S.H. (Play Until Someone Hears) featured artist during the week of February 20, 2012. The “We Are Young” companion video is earning major play across the MTV network, including rotation at VH1 and mtvU, where fun. was recently named among the nominees for the 2012 mtvU Woodie Awards’ “Breaking Woodie” – fans are invited to vote for fun. at the 2012 mtvU Woodie Awards website.

“We Are Young” was also prominently featured in Chevrolet’s 2012 Super Bowl XLVI ad campaign promoting the 2012 Chevy Sonic. “Stunt Anthem” can be viewed on YouTube.

As if all that weren’t enough, a companion video for the first track on Some Nights, “Some Nights (Intro)” – directed by filmmaker/photographer Poppy de Villanueve – premiered exclusively at IFC.com on February 21, 2012.

Having earned widespread acclaim with their 2009 debut album, “Aim and Ignite,” on “Some Nights” fun. teamed with producer Jeff Bhasker (Alicia Keys, Beyoncé, Drake). The band and Bhasker have worked to evolve the idiosyncratic fun. sound by marrying their robust melodies with elements of hip-hop.

“We Are Young (Feat. Janelle Monáe)” received instant applause upon its arrival last year, with USA Today hailing the “baroque indie-popsters” for “(making) a counterintuitive play for the big time, slowing down for the massive sing-along chorus.”

fun. began in 2008 when Nate Ruess teamed up with Andrew Dost and Jack Antonoff to meld an array of diverse inspirations into their own irresistible and freewheeling pop songcraft. The band drew immediate attention for their contemporary rethinking of classic 70’s pop, where ornate arrangements and inspired orchestrations meet present-day rock ‘n’ roll. 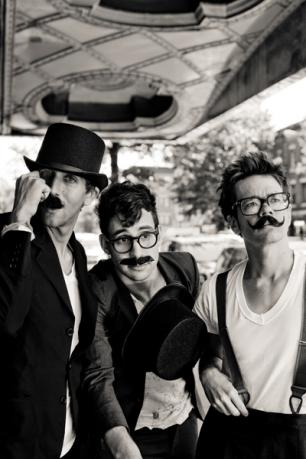