OMG!  There's probably a whole generation of y'all that won't even know who I'm about to talk about... Plug 1 and Plug 2 who make up two-thirds of the original group De La Soul are back with new monikers and an album called "First Serve" due out April 2, 2012 on Duck Down Records. For now, they've released "The Goon Time Mixtape" (it's certified dopalicious!) that's available … END_OF_DOCUMENT_TOKEN_TO_BE_REPLACED 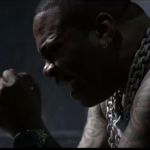 "Why Stop Now" is the next dance anthem, and the video just seals the deal.  Busta Rhymes knows how to do the damn thing!  Chris Brown, well... minus my feelings about his Rihanna episode, you can't deny he's mad talented.  Check out the world premiere of the video for "Why Stop Now" by Busta Rhymes featuring Chris Brown that came out today at 12:00 PM PT/3:00 ET via Google … END_OF_DOCUMENT_TOKEN_TO_BE_REPLACED