You are here: Home / ifelicious music / De La Soul is back with ‘First Serve’ due out April 2, download ‘The Goon Time Mixtape’ now! 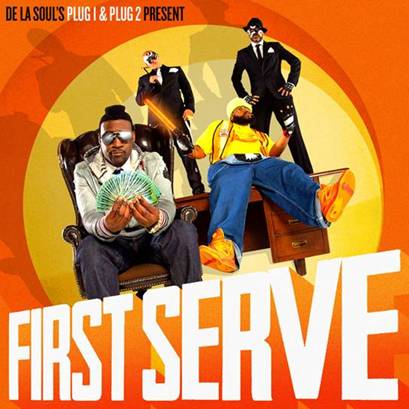 OMG!  There’s probably a whole generation of y’all that won’t even know who I’m about to talk about… Plug 1 and Plug 2 who make up two-thirds of the original group De La Soul are back with new monikers and an album called “First Serve” due out April 2, 2012 on Duck Down Records. For now, they’ve released “The Goon Time Mixtape” (it’s certified dopalicious!) that’s available for free download.  The first single “Pushin’ Aside, Pushin’ Along” has also been released.  Check them out below as well the skinny on this group’s return in the press release below.  I can’t wait! ~Ifelicious 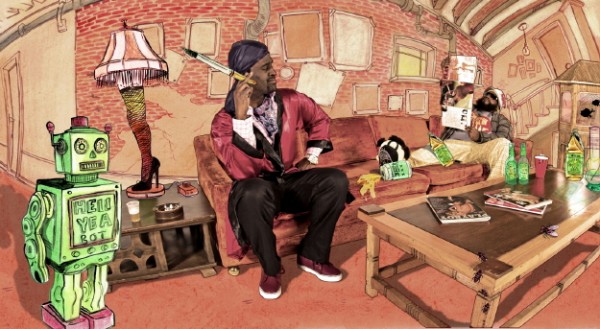 The last we heard of “First Serve” it was 3AM in a Parisian suburb at an out of control house party with “The Goon Time Mixtape” blasting into the night. That was just a taste of things to come from De La Soul’s Plug 1 & Plug 2 present “First Serve;” a dynamic hip-hop group, an album, a concept, the soundtrack to a movie that has yet to be made and a fable for our times.

“First Serve” is many things, but at its heart it is the story of two young boys from Queens, New York with big dreams and larger rhymes. Two friends, Deen Whitter (aka Plug 2 / Dave) and Jacob “Pop Life” Barrow (aka Plug 1/ Pos), friends from seventh grade, are by their own admission, “different, but the differences seem to complement everything we do.” Their name “First Serve” comes from their motto, “First come, First Serve, get what you deserve.”

We get a glimpse into their world in the form of the “Mrs. Whitter” skit where we see the duo during the early days in Deen’s mother’s basement, the location of years of laying down demos and mixtapes on the hustle in the hip-hop game. With Deen’s mother Eleanor giving them endless flack, the duo don’t get much peace and quiet to sip on a 40oz beer and smoke a joint in their hyper-colour, animated world. 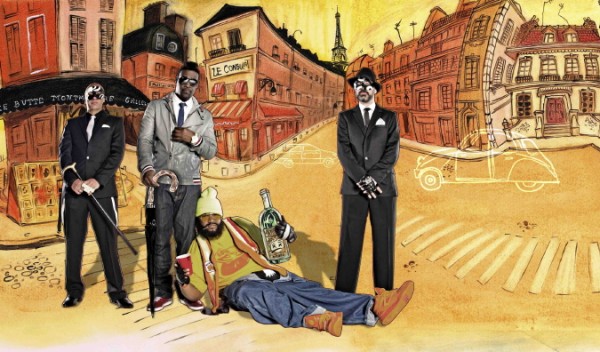 Due to hit the streets in April 2012, the “First Serve” album tells the story of two dreamers in a basement struggling to start their musical career, the battles they face, through to the point that they eventually release their debut single, “make it big” and their hard work and persistence finally pays off. As we know that is rarely where the story ends and the story of “First Serve” is no different. Taking place in an animated world that could have been imagined by Hawley Pratt on magic mushrooms, the high spirited and often hilarious journey is pure old school hip-hop; skits, disco, beats, funk, quips, burns and hustlin’ all included.

CLICK HERE to listen/download or use the player below.

CLICK HERE to listen/download or use the player below.