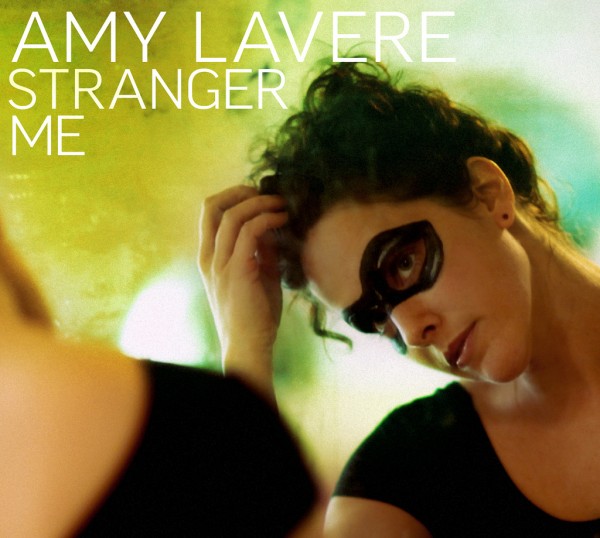 Amy LaVere is back with her third album entitled “Stranger Me” (download via iTunes and Amazon) on the Memphis based label Archer Records.  It was released on July 19, 2011 and produced by Craig Silvey who is known for engineering Arcade Fire‘s Grammy award winning album “The Suburbs.”  Dubbed by Spin as “the breakup album of the year,” the music reflects a tumultuous time in LaVere’s life since the release of  her last full length album “Anchors & Anvils” in 2009.  Lately, she’s been touring with Memphis based band mates: manager/drummer Shawn Zorn, guitarist David Cousar, and violinist Krista Wroten.  LaVere leads on vocals and plays the upright.

On Sunday, August 7, 2011, the LaVere and I sat down just before her performance at Milwaukee’s Hotel Foster.  It had been an exhausting day of driving from the band’s previous tour stop in Grand Rapids, MI.  Prior to our formal interview, LaVere told me how she does most of the driving by choice; otherwise, she’s an antsy backseat driver.  During the interview I asked her how she gets into performing mode, and she replied, “I just really lose myself in the stories of the songs [once onstage].”  I was grateful for our time together, considering the circumstances, and will share some of the video footage further below as well as throughout this article.

LaVere experienced some tumultuous times in her life after the release of “Anchors & Anvils” leading to the almost four year span of time between album releases.  After touring for two years promoting “Anchors & Anvils,” guitarist Steve Selvidge left LaVere to play with The Hold Steady. “Stylistically it was a better fit for him.  Financially, it was a much better situation for him…I was so happy for him,” said LaVere during my interview.  Then, drummer and boyfriend of six years, Paul Taylor and LaVere decided to end their relationship as music partners and lovers.  To help fill the voids within the band while still touring, George Sluppick and Joe Restivo from The City Champs stepped in playing drums and guitar, respectively.  Their contributions, however, were short-lived due to their primary commitment to The City Champs and LaVere stopped touring with hopes of beginning her next album.

Just as LaVere was ready to step back into the studio and begin recording her new album, she received another blow.  “Anchors & Anvils” producer and mentor Jim Dickinson died.  “I was such a fan of his,” LaVere explained, “that, having him believe in me, I was allowing it to validate me.  I was like ‘Shit! Who’s going to want to work with me now?'”

There was a rainbow after the LaVere’s storm.  Silvey accepted LaVere’s request to produce “Stranger Me” and former lover/drummer Taylor agreed to help make the album without hesitation.  LaVere perservered and told me, “I just keep rowing the boat, and some days are great, and some days suck, but everyday I’m getting to do what I love to do.  I’m happy.”

Currently, near the end of a 25 city tour (see tour dates at the end), I caught up with Amy LaVere just before her Milwaukee performance at Hotel Foster for an interview and then stayed to watch her headline.  Her raspy voice reminds me of Norah Jones, and I love the calming, coffeehouse vibe of her band’s performance.  I wandered through the crowd to get the audience’s reaction, most who have never heard LaVere before.  Here are a few comments I recorded:

“Fabulous! This is my first time hearing them but I will definitely be buying her CD” ~Lorri Kais, Milwaukee

“Excellent, different sound. They very much draw upon traditional music but give it a style unique to them.  Also, a female band leader, singing and playing the upright bass is alone enough to make seeing her worthwhile.  Love the fiddle as well!” ~John Parrish, Milwaukee

LaVere and the band kept the crowd on their feet performing much longer than their scheduled set time to an enthusiastic crowd.  Below are some highlights from my interview followed by some photos taken by myself along with a couple I added from Jeff Bentoff (twitter @JeffBomb) who I didn’t meet at the concert but was acquainted later that night through power of twitter and chatting about the same event.

Click the play button in the image below to listen to the song “You Can’t Keep Me” from LaVere’s “Stranger Me” album.

Below are the remaining dates from Amy LaVere’s current tour schedule (including newly added west coast tour dates).  For the latest information, go to her official website.