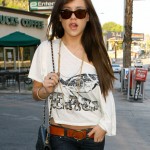 Maybe Dr. Drew should recruit Alexis Neiers for his next season of "Celebrity Rehab." Daughter of 80s lingerie model Andrea Arlington-Dunn, Alexis made a name for herself on the E! reality show "Pretty Wild" that aired earlier this year and served time for her part in the burglary "bling ring." When 19 year old Alexis missed a probation meeting, law enforcement visited her home … END_OF_DOCUMENT_TOKEN_TO_BE_REPLACED 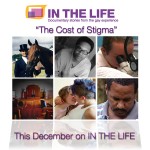 Episode Summary Stigma is the invisible mark on individuals targeted by fear and misinformation. This month on IN THE LIFE, we look at the power of stigma within our justice system and how the myths and fear that spread with the AIDS epidemic gave rise to laws criminalizing HIV transmission; and we meet researchers who consider stigma as a possible key link between … END_OF_DOCUMENT_TOKEN_TO_BE_REPLACED